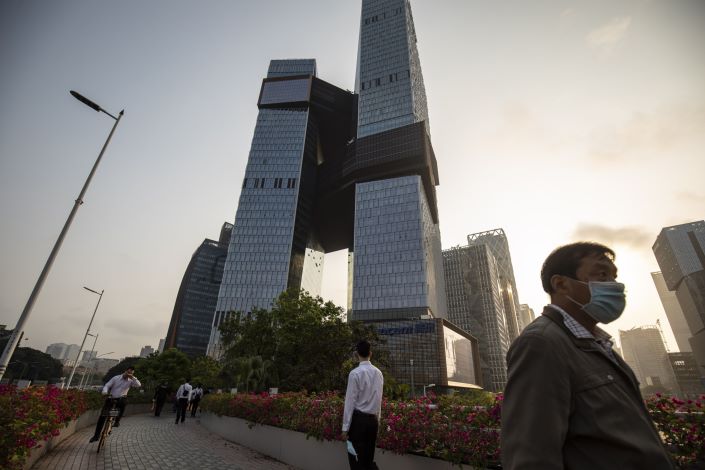 The stock of Chinese internet giant Tencent has tumbled 23% in July. Photo: Bloomberg

(Bloomberg) — China’s unprecedented crackdown on its technology industry has turned Tencent Holdings Ltd. from a market darling into the world’s biggest stock loser this month.

The Chinese internet giant had tumbled 23% in July as of Wednesday, set for its worst month ever after erasing about $170 billion of market value. That marks the fastest evaporation of shareholder wealth worldwide during this period, Bloomberg data shows. Nine of the top 10 losers in shareholder value this month are Chinese companies, including Meituan and Alibaba Group Holding Ltd.

Tencent’s shares rebounded by 7.1% on Thursday morning, tracking broader gains in Chinese stocks after Beijing intensified efforts to alleviate concerns about its crackdown on the private education industry.

The Shenzhen-based firm is one of the key casualties of an official campaign that targets some of the nation’s tech behemoths considered posing a potential threat to China’s data security and financial stability. The selloff in its shares intensified earlier this week after Beijing broadened the regulatory clampdown to include other once high-flying industries such as private education.

“I don’t see an end to the regulatory crackdown. Data security is a top priority to policy makers in the coming years. It’s a new normal,” said Paul Pong, managing director at Pegasus Fund Managers Ltd. “Valuations will have to be adjusted to cope with that, especially for technology giants like Tencent.”

The regulatory storm has resulted in penalties such as the loss of exclusive music streaming rights and anti-trust fines for Tencent. This week, the company said it was also suspending new user registration for its popular WeChat services and was ordered to fix mobile app-related issues.

Despite concerns about further punitive measures from regulators, the company’s stock is starting to look cheap and most analysts have refrained from cutting their price targets: Among the 68 analysts who have a rating on Tencent, 62 still recommend the stock as a “buy.” The average target price among analysts is HK$736.3, representing a 65% premium over Wednesday’s close of HK$447.2, Bloomberg data shows.

At HK$447.2, the stock was trading at 22.5 times forward earnings, well below its historical average of 30 times. It also has fallen to the most oversold level in more than six years.

“Tencent trading below HK$500 is attractive, but the upcoming earnings will be a key thing to watch,” said Pong, adding that if the firm can achieve 20%-30% growth, its shares could enjoy a solid rebound. “Because that would show they can still maintain good profitability in this tough environment.”

“We believe if major Internet companies announce new share buyback programs or increase size of existing buybacks, it would demonstrate the management’s confidence in fundamentals and reassure investors on profit growth outlook,” Yap and her colleagues wrote in a research note. Yap has a ‘buy’ rating on the stock.