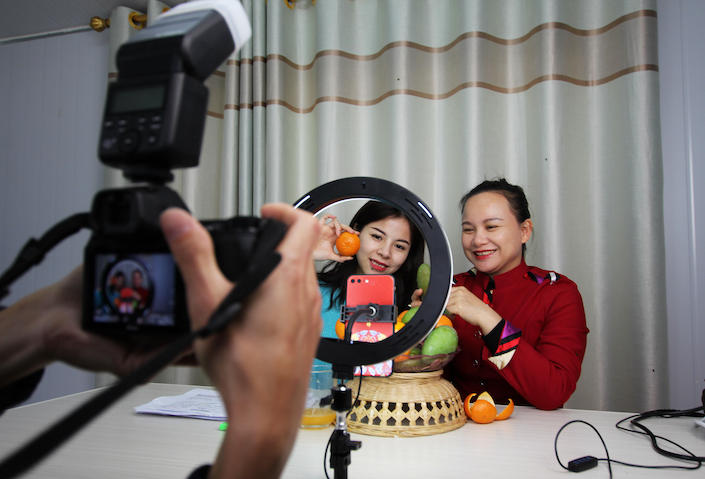 In an exclusive interview, Hu Xiaoming, an Alibaba partner and the head of its philanthropic work, explained in detail how Alibaba plans to spend 100 billion yuan ($15.5 billion) on the initiatives over five years.

Hu, 51, stepped down as chief executive officer of Ant Group in March to devote all his efforts to philanthropic work. He was named the deputy leader Friday of Alibaba’s common prosperity work group.

At the work group’s first meeting, Hu asked the heads of Alibaba’s business lines to lay out specific action plans and phased goals. The philanthropic work is more about coordinating resources, Hu said.

“I worked at Alibaba and Ant with experience in tech and e-commerce, so I can push forward coordination of various business segments,” Hu said.

The 20 billion yuan common prosperity fund will initially be spent in 26 counties in rural areas of Zhejiang province, focusing on eliminating the urban-rural income gap. Alibaba will look for export opportunities and help to bring jobs to those counties, Hu said.

Zhejiang, where Alibaba is based, is one of China’s most affluent provinces with the fourth-highest GDP behind Beijing, Shanghai and neighboring Jiangsu province. It was designated as a demonstration region with a goal of achieving common prosperity by 2035.

Alibaba’s philanthropic work focuses on using its advantages in industries and leveraging Alibaba as an industry platform, such as the promotion of agricultural products on the Taobao Tmall platform, investment in rural medical care and upgrading the tourism industry through its travel services platform Fliggy, Hu said.

Even before the common prosperity campaign, Alibaba was engaged in rural revitalization across the country. It selected 21 of the 832 poorest counties across the country. The company sent work groups to villages to advance a series of public welfare projects related to e-commerce, including the promotion of agricultural goods, the relocation of call centers and the improvement of rural medical services, Hu said.

“Rural revitalization has two goals: how to bring goods out and bring people in,” Hu said.

Alibaba is relocating jobs from first-tier and second-tier cities to county-level towns, the executive said. The company has provided more than 200 customer service positions in Julu, a poor county in Hebei province. The jobs can provide local young people with an average monthly income of 4,000 to 5,000 yuan, encouraging local workers to return to their hometowns to find jobs and take care of their families, Hu said.

The company also requires major livestreamers on its Taobao and Tmall platforms to contribute a certain proportion of their streaming time to promoting agricultural products free, Hu said. Alibaba will rank streamers based on their charitable contributions.

Alibaba has held many internal discussions on the proportion of the funds to be spent on philanthropic work and industries, Hu said. The company concluded that the common prosperity China seeks is high-quality development. It is a matter of making the pie bigger, and how to distribute it, Hu said.

“On making a bigger pie, as an industry platform and ecosystem, Alibaba should be able to make a difference,” Hu said.

An earlier version of this story incorrectly paraphrased a quote by Hu Xiaoming. Hu said that Alibaba has concluded that the common prosperity China seeks is a matter of making the pie bigger, and how to distribute it.