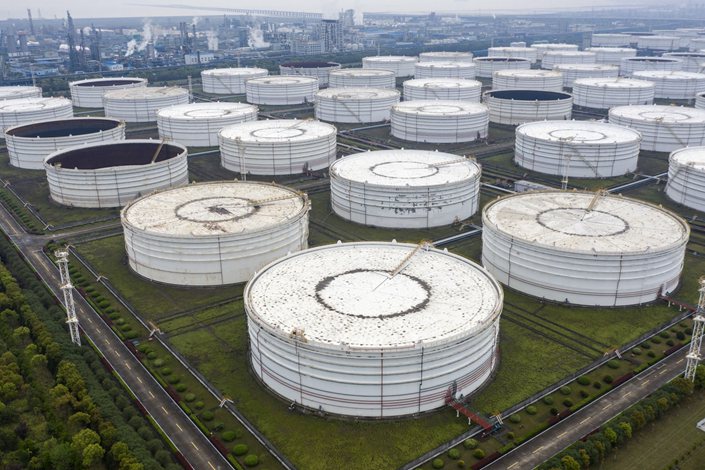 (Bloomberg) — China will make the first sale of oil from its strategic reserves Sept. 24 in an unprecedented intervention by the world’s top crude importer to lower prices. Authorities disclosed the historic move last week.

The initial auction will be for 7.38 million barrels of crude, the National Food and Strategic Reserves Administration said late Tuesday in a statement (link in Chinese). Grades include Qatar Marine, Forties, Oman, Murban and Upper Zakum, which are in tanks at Dalian and were put into storage last year, the agency said.

Brent oil dipped immediately after the announcement before recovering to trade near $74 a barrel. The Chinese agency said last week that it would tap its giant oil reserves to “ease the pressure of rising raw material prices.” China faces surging costs of commodities, not just for crude but also coal and natural gas as inflation is rapidly rising.

Companies participating in the auction need to comply with national refinery industry policy and have a sufficient import quota, the agency said. Buyers should also have a good credit record, and the crude purchased should be for their own use, not for resale. The volume being sold is less than what China typically imports in one day.

China has built up a 220 million barrel oil reserve over the past decade, according to Energy Aspects Ltd. The buffer differs from strategic petroleum reserves, known as SPR, held in the U.S. and Europe, which are tapped only during supply outages and wars. China is signaling it’s willing to use its reserve to try to influence the market.