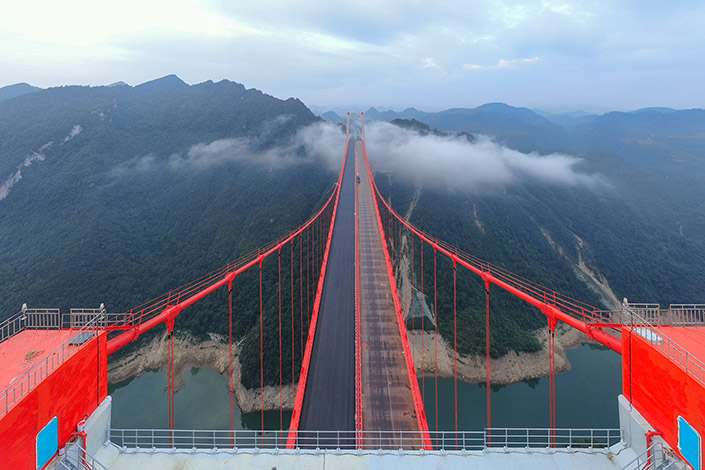 In Depth: The never-ending battle to curb China’s hidden debt

Regulators are once again playing whack-a-mole to stamp out practices local government financing vehicles (LGFVs) are employing to evade efforts to curb their borrowings.

Having loosened the reins on local government debt last year to help the economy recover from the impact of the Covid-19 pandemic, authorities this year have resumed their long-standing campaign to control and defuse financial risks. One of their main targets is hidden local government debt and in particular the borrowings of the financing vehicles they control, typically local state-owned investment companies.

In a document sent to financial institutions recently, the China Banking and Insurance Regulatory Commission (CBIRC) laid out a series of measures, both existing and new, to tackle the problem and fix loopholes that have allowed LGFVs to skirt rules on borrowing limits.

Investors can accept cash installments, property or investors’ payables on residential units they have purchased, according to the plan announced by Du Liang, head of Evergrande’s wealth management unit.

“It is difficult for Evergrande to make 40 billion yuan ($6.2 billion) of repayments at once for the wealth management products at this moment,” Du said. Investors can expect returns as soon as Evergrande’s property projects are sold, Du said.

Wang Xuefeng, a former head of the Shanxi provincial branch of the China Development Bank (CDB), was sentenced to 12 years in prison (link in Chinese) for taking bribes, according to a statement issued Friday by a court in Shandong province.

Meituan offers glimpse into how takeout delivery times are set

On-demand services giant Meituan revealed new details about how it sets delivery times for its vast legion of takeout drivers amid criticism that unrealistic deadlines force them into risky behavior.

The market values of two China-listed companies soared after they announced plans to work on “metaverses,” virtual shared spaces based on technologies like virtual reality (VR) and artificial intelligence, even though they have not provided details of how they are going to turn the concept into reality.

China’s Tianqi Lithium Corp., the world’s top producer of the metal by output, disclosed Tuesday that has a revived a 3-year-old plan to sell shares in Hong Kong.

Tianqi plans to issue shares equal to up to 20% of the company’s total issued share capital, according to a filing (link in Chinese) with the Shenzhen Stock Exchange. It will use the fresh capital to increase capacity, cover operating costs and repay debt, including the money it borrowed in 2018 to buy a 23.77% stake in the New York-traded Chilean lithium giant Sociedad Quimica y Minera de Chile S.A.

Shanghai resumes flights after Being spared hit from typhoon