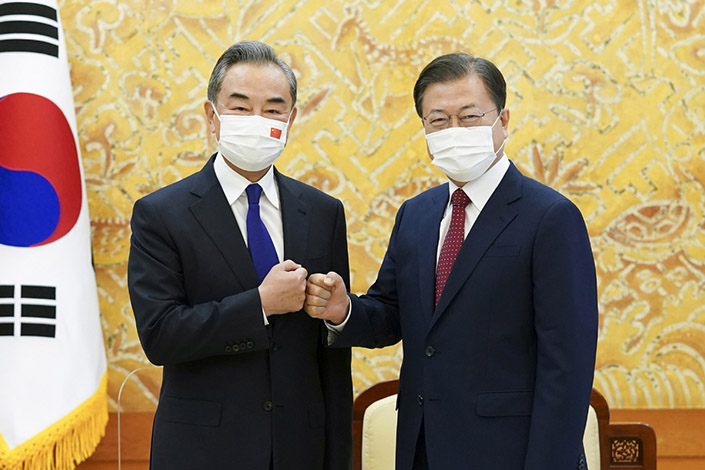 Chinese foreign minister Wang Yi has concluded his six-day trip to neighboring countries in Southeast and East Asia to promote cooperation on issues including the Belt and Road Initiative and manage tensions in the South China Sea, according to statements from the foreign ministry.

The top diplomat met his counterparts and country leaders during the visit to Vietnam, Cambodia, Singapore and South Korea from Friday to Wednesday. His trip was taken a few weeks after U.S. Vice President Kamala Harris’ weeklong visit to Asia in late August when she accused China of continuing “to coerce, to intimidate and to make claims to the vast majority of the South China Sea” and “undermine the rules-based order and threaten the sovereignty of nations.”

Wang addressed issues regarding the South China Sea with Southeast Asian officials during his visit, reaching consensus with Cambodia and Singapore that both countries would support an acceleration of consultations on the Code of Conduct in the South China Sea between China and ASEAN countries, according to the ministry.

And during his talks with Vietnam’s Standing Deputy Prime Minister Pham Binh Minh, Wang noted that the two countries “should cherish the hard-won peace and stability in the South China Sea, and place maritime issues in an appropriate position in bilateral relations.”

Wang also said China and Vietnam should “accelerate connectivity and cooperation under the Belt and Road Initiative and the strategy of Two Corridors and One Economic Circle, and strive for greater breakthroughs in bilateral trade volume in 2021.”

China and Singapore also agreed to focus on Belt and Road cooperation. The two countries will enhance the functions of the New Land-Sea Corridor — a trade and logistics passage jointly built by Singapore and western Chinese provinces — “to make it play a bigger role in promoting regional connectivity,” according to a statement issued by the foreign ministry.

China and Singapore also agreed to focus on multilateral cooperation. “Both sides should give full play to the ‘in-the-same-boat’ spirit and discard the zero-sum mentality,” the statement said. “China is willing to join hands with Singapore to firmly uphold the UN-centered international system and promote multilateralism of win-win cooperation to usher in a new era of common development.”

Promoting multilateralism is a theme Wang reiterated during his trip. He noted that China and Vietnam should “unequivocally oppose unilateralism” during his talks with Vietnam’s Pham Binh Minh.

He also noted when he met with his South Korean counterpart Chung Eui-yong that both China and South Korea “stand for multilateralism” and the two countries can cooperate more on global issues.

Commenting on an idea that a U.S. House of Representatives bill is calling for the Biden administration to consider expanding the U.S.-led Five Eyes intelligence alliance to include South Korea, Wang said Wednesday "I think that is utterly a byproduct of the Cold War era. And that is already outdated,” according to Yonhap News Agency.