By Fan Qianchan and Han Wei 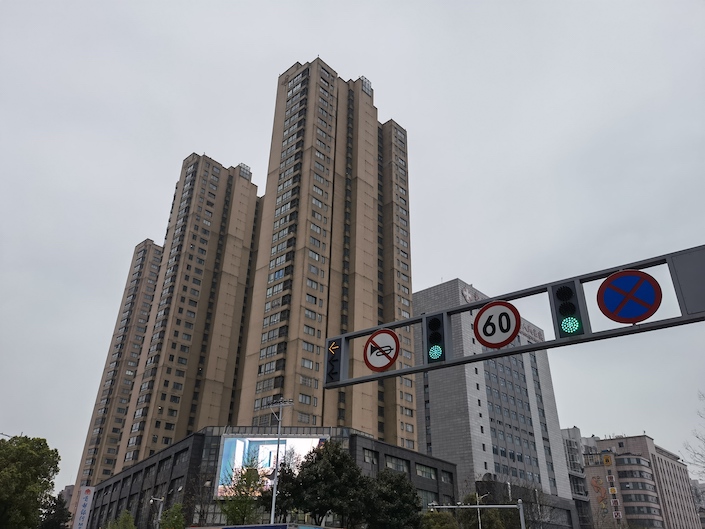 Property investment increased 0.3% year-on-year in August, the smallest rise in 18 months and down from a 1.4% gain in July.

China’s economy has reached the point that it needs to shift away from heavy reliance on the property industry, and authorities should fine-tune policies to counter risks, experts said.

China’s once white-hot real estate industry has shown signs of a deepening slowdown amid tightening regulatory controls. The country’s home sales by value slumped 20% in August from a year earlier, the biggest drop since the onset of the pandemic in 2020, recent data from the National Bureau of Statistics showed.

New-home prices in 70 major cities rose 0.16% in August from July, the slowest pace this year, the data showed. Property investment increased 0.3% year-on-year in August, the smallest rise in 18 months and down from a 1.4% gain in July.

The era of booming property development has come to an end in China after decades of development created huge housing inventories, said Mao Zhenhua, chairman of China Chengxin Credit Rating Group. A slowdown will follow, and “it is time to pivot for a change,” Mao said.

Authorities must pay attention to the pace and coordination of policies to prevent risks, especially financial risks that may brew during an industry downturn, Mao said.

Chinese developers have been squeezed by tightening financing conditions as regulators stepped up efforts to rein in the highly leveraged industry. In the first half this year, property developers sold a combined 377.8 billion yuan ($58.3 billion) of bonds, down 40% from a year ago. As many developers face maturation of bonds they sold three to five years ago, the industry may see more risk exposure in the cooling market, Mao said.

Regulators can ease curbs on development loans and housing mortgage to ensure stable liquidity in the market while maintaining overall control, Mao said. The government can also set up special funds to buy bonds issued by developers with good asset quality to help them counter temporary cash crunches as bond financing becomes increasingly difficult for them.

Regulators should move to protect suppliers, homebuyers and employees rattled by the Evergrande crisis to prevent risks from spilling over, Mao said.

Evergrande — China’s most indebted property developer with $300 billion of liabilities — has rattled the market with its deepening financial woes, fueling fears that the gigantic company could collapse and trigger a Lehman Brothers moment in China.

“What the regulators are fighting against is not a certain company’s debt problems but its impacts on the entire system,” Mao said. Regulators need to carefully assess the implications of individual cases for the financial market and find a balance between regulating the property industry and controlling financial risks.

Lu Ting, chief China economist at Nomura Holdings Inc. in Hong Kong, said in an earlier interview that China is facing a “Volcker Moment” in regulating its property industry, referring to dramatic policy measures like the decision by the Federal Reserve under former Chairman Paul Volcker to quickly raise interest rates to contain the inflation of the late 1970s.

As the economic growth model shifts, regulations on the property sector may cause short-term pain but will benefit the economy in the long run, Lu said.

“There is no doubt that the property industry will decline and trigger worsening fiscal conditions in local governments in the next few months, especially in smaller cities,” Lu said.

Regulators need to find a balance between long-term strategy and short-term risks, preventing crises from spreading while maintaining the consistency of policies, Lu said.