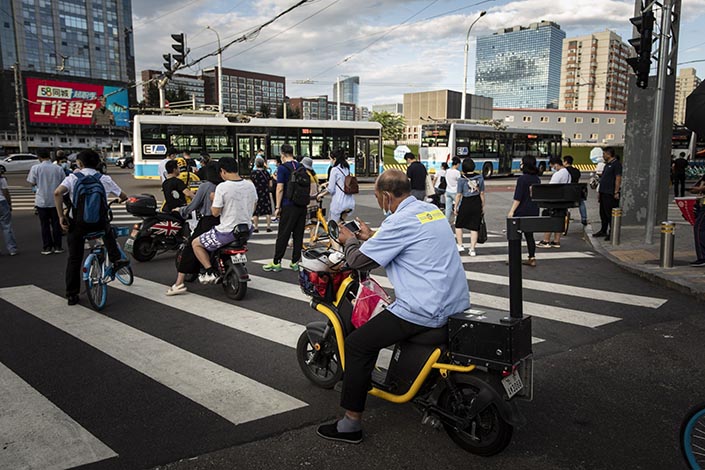 Commuters wait at a traffic intersection in Beijing

The world’s biggest asset manager plans to launch the iShares MSCI China Multisector Tech ETF, according to a Wednesday filing.

The nation’s technology stocks have been caught up in the market fallout after the government tightened oversight of multiple sectors of the economy, with KWEB slumping as much as 58%. Still, cash poured in on dip-buying appetite.

With almost 400 ETFs of all stripes already trading in the U.S., BlackRock — the leading player in the $6.7 trillion U.S. industry — is launching new funds less frequently. Just seven iShares ETFs have debuted this year so far, according to data compiled by Bloomberg. That compares with more than 30 last year and 16 in 2019.

Data overnight showed that $165 million was pulled from KWEB Tuesday, the second-largest withdrawal since the fund was launched in 2013. The brewing crisis surrounding property giant China Evergrande Group has been weighing on global markets this week.

KWEB carries a relatively high expense ratio of 0.73%. The fee for the BlackRock product is not yet disclosed.

A spokesperson for BlackRock declined to comment on the filing citing Securities and Exchange Commission rules.