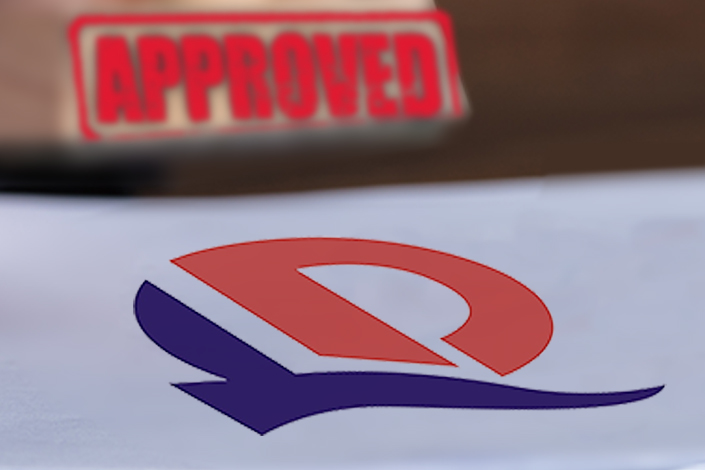 The Ministry of Housing and Urban-Rural Development has ordered an inventory that will collect key numbers about Evergrande’s real estate projects around the country.

Multiple local governments have taken control over China Evergrande Group’s real estate project presale revenue since August, Caixin has learned, in a move to protect the rights of homebuyers’ and ensure the funds don’t get misused.

Work on many of the debt-ridden developer’s real estate projects have been shut down. Local governments from about 10 provinces have decided to strengthen capital supervision over Evergrande’s presale revenue. Since the end of August 2021, those governments have adopted so-called centralized management of Evergrande’s capital inflows and outflows by setting up special fund trusteeship accounts for the company’s local projects, Caixin has learned.

A source close to Evergrande’s management said that “local governments are concerned that the funds earned from local Evergrande projects would be transferred to other regions to solve its financial problems elsewhere. This move is to safeguard the rights of local homebuyers and guarantee that project construction continues.”

In addition to local governments, the Ministry of Housing and Urban-Rural Development has ordered an inventory that will collect key numbers about Evergrande’s real estate projects around the country. The ministry has notified authorities to gather information about Evergrande’s real estate projects that had stopped or suspended construction before Sept. 24. The numbers include the amount of money that Evergrande has withdrawn and the amounts necessary to finish building, Caixin has learned.

According to a person close to Evergrande’s senior management, there isn’t a unified approach among local governments for opening the special accounts for funds trusteeship. “In some regions, local housing and urban-rural development authorities would make spoken requests or issue public documents,” he said, “In other cases, the opening of such accounts has been initiated by Evergrande’s project companies in consultation with local housing and urban-rural development authorities.”

For instance, on Sept. 1, the Bureau of Housing and Urban-Rural Development of the Zhuhai National Hi-tech Industrial Development Zone issued a notice requiring the Evergrande Yunjin Garden development to transfer all funds and all receivables, including funds collected from home purchases, provident fund loans and bank mortgage loans, directly to an account designated by the bureau. Any payables from the designated account must be directly paid to the relevant party.

Another city in South China’s Guangdong province has employed a similar tactic. On Wednesday, the Nansha district housing bureau in Guangzhou ordered a local Evergrande subsidiary to put all of the income from its Evergrande Sunshine Peninsula development into a government-managed trusteeship account.

Some of those orders have come through less formal channels. An Evergrande employee in East China’s Anhui province told Caixin that local governments there have not yet published any formal documents, but local Evergrande executives had repeatedly mentioned at recent meetings that they will set up trusteeship accounts with local governments, with the funds in those accounts prioritized for project construction.

More such moves are in the pipeline. A person familiar with the housing bureau in Huizhou, Guangdong, said that the bureau is also preparing to open a similar trusteeship account for Evergrande projects funds.

As of now, such accounts have been set up in several regions where Evergrande is building, including Jiangsu, Anhui, Henan, Guizhou, Xinjiang, Guangxi, Hunan, Hubei, and the provinces of the Pearl River Delta, the Evergrande source said.

It’s a usual practice for local authorities to monitor real estate funds and supervise the use of presales income. The goal is to prevent the money from being misused. Local governments accomplish this through a special presales fund supervision account, and make sure the record corresponds to a sales license application.

Commercial housing presales funds contain money from homebuyers’ down payments and mortgage loans. These funds — which under government terminology are divided into funds under “general supervision” and those under “key supervision” — must be stored in special accounts, and their collection, storage and use are subject to the supervision by the local government.

These special accounts are opened by the project company, or the developer, at a local bank, but to do that they need to provide the bank with an approval notice issued by the regulatory authorities.

Before all the homes are handed over to the buyers, the funds under supervision can only be used to pay for project construction and statutory taxes and fees. It’s not until the presales funds exceed the amount deemed under key supervision that the excess can be used by the developer for other purposes.

If the developer wants to transfer funds from the account, the project company usually applies to the local housing authorities, who then examine the request before signing off on any transfer.

But there are ways to get around these rules, and Evergrande was apt at exploiting the loopholes.

These purposes are considered kosher by the regulators. Once the funds get transferred out of the supervised account, the construction company is free to use them as it sees fit. In cases when it is in cahoots with the developer, the construction divvies up the money according to their prearranged agreement. In cities with lax regulation and supervision, developers can even falsify applications to embezzle funds.

It was in this way that some Evergrande projects indirectly transferred presales funds, the insider said.

Facing a debt crisis, Evergrande has been caught between using its limited resources to either pay back creditors or finish building the homes it has already started construction on. Local governments are keen to ensure the latter. And this round of local government intervention is different from the usual measures to protect presale funds.

According to the same source, the new fund trusteeship accounts are opened not by the developer, but directly in the name of local housing and urban-rural development authority or a third-party authorized by the local government. This is a major difference that significantly distinguishes these new government-managed trusteeship accounts from the old special presales fund supervision accounts.

Following that, the idle funds previously deposited in the special presales fund accounts must be transferred into a trusteeship account. There are a variety of methods for collecting new presales funds. “The ultimate goal is (for the local government) to collect and manage the funds of local Evergrande projects,” the source said.

Caixin has learned that the fund trusteeship account follows a similar calling procedure to the presales fund account, but local governments have introduced stricter rules to review the fund outflows for Evergrande projects. For example, if Evergrande needs to transfer funds to make payment on a project, it has to provide authorities with a construction contract. In addition, housing authorities in several cities will visit construction sites to conduct audits.

Evergrande is currently suffering a liquidity squeeze. Both its commercial paper and wealth management products are overdue, and a number of Evergrande’s public market financing deals are also under interest payment pressure. Evergrande now faces a choice between prioritizing completing the homes it promised to build and paying back its creditors. The company has publicly pledged to do the former.