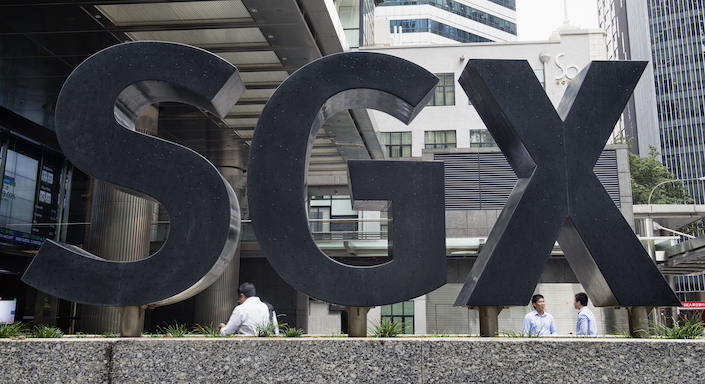 The exchange is in close contact with these projects, including Chinese investors who are interested in setting up SPACs, as well as other SPACs interested in acquiring Chinese companies, Chia Caihan, chief representative of Singapore Exchange Ltd.’s Beijing office, said at a media briefing.

After assessing market conditions, some Chinese SPAC issuers may consider listing on the Singapore exchange that serves the Southeast Asian market, and their acquisition targets may also have businesses in the region, Chia said.

A SPAC is a blank-check company that exists solely to raise money by selling shares on a stock exchange. The funds are then used to acquire another company. SPACs have soared in popularity since last year. In the U.S. last year, 248 initial public offerings (IPOs) involved SPACs, four times more than in 2019, according to SPAC Research, an industry database. More than 440 SPAC IPOs raised $127 billion in the U.S. so far this year.

The Chinese mainland so far doesn’t allow IPOs through SPACs. Yi Huiman, chairman of the China Securities Regulatory Commission (CSRC), said earlier this month that the regulator continues to monitor and study whether China’s market can accommodate the novel IPO model.

A total of $4.2 billion was raised from 25 Greater China-based SPACs in the U.S. as of July 13. An additional 12 companies from Greater China and Southeast Asia debuted in New York via mergers with SPACs, according to a consultation paper issued by Hong Kong Exchanges & Clearing Ltd.

The Singapore Exchange in March introduced a framework for blank-check companies to list in the city-state, becoming the first Asian financial hub to embrace the popular fundraising model. The move was seen as a way to revive the local IPO market.

When originally designing the scheme, the exchange focused on investor protection, setting high thresholds in terms of minimum market value and other requirements for SPAC issuers and sponsors. The exchange eventually changed its proposed rules for SPAC listings following market feedback, loosening certain criteria for issuers.

The initial proposals would inevitably impact the interests of particular parties more than others, and a real good scheme should balance various parties and promote the market development, Chia said.

Singapore has learned from the experience of the U.S. stock market and combined with the actual situation of the Asia market and developed a Singapore mechanism “suitable for Asia issuers,” Chia said.

Singapore Exchange Chief Executive Loh Boon Chye told CNBC in an interview September 17 that the exchange could receive its first application for a SPAC listing in the next couple of weeks.

Facing competition from Hong Kong and Chinese mainland, Singapore government has introduced a series of initiatives to boost the local IPO market.

The Monetary Authority of Singapore (MAS) will also enhance its Grant for Equity Market Singapore (Gems) scheme, introduced in early 2019, to increase its support of companies seeking to list.

Hong Kong is also mulling whether to allow SPAC listings, but it proposed a higher threshold as the bourse has been mired in scandals over shell companies. SPACs would need to raise at least HK$1 billion ($128 million) when listing and that retail investors would be barred from participating, according to the consultation paper.