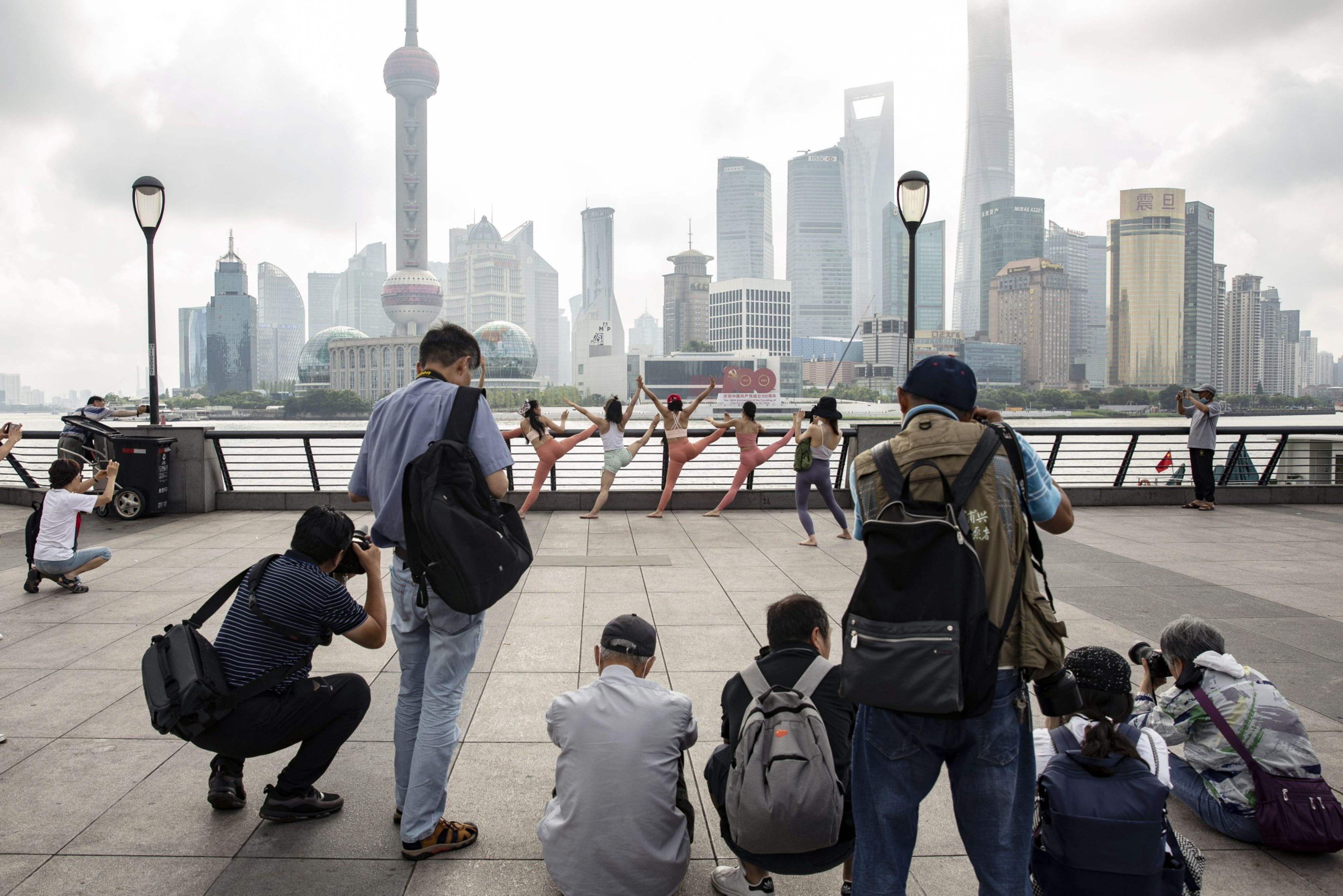 People take photographs of yoga practitioners on the Bund in Shanghai. Photo: Bloomberg

(Bloomberg) — China ordered its banks to ramp up funding to coal and energy companies, another step in its efforts to ease a power crunch and ensure supplies this winter.

Banks and other financial institutions should prioritize lending to qualified mines and power plants so they can increase thermal coal and electricity output, China Banking and Insurance Regulatory Commission said in a statement Tuesday.

In order to maintain price stability, bank loans and financing are strictly banned from being used to speculate on commodities such as coal, steel and metals in the financial markets, the regulator said. It is also forbidden from being invested in related stocks, bonds and futures markets as it could be in violation of regulations, it said.

China has seen a widening power crunch since last month that has resulted in power rationing in most regions. The electricity shortage contributed to the first contraction in factory activity since the Covid pandemic began and prompted analysts from Goldman Sachs Group Inc. to Nomura to cut the country’s growth outlook.

China’s power shortage is partly due to slowing coal production, with some coal miners struggling to secure financing after China set goals to lower the use of coal in energy production. The recent surge in commodity prices have also raised Chinese officials’ concerns over domestic inflation and market stability.

The regulator also warned against investments in high-end consumer goods such as Moutai liquor and pu’er tea in the same statement, adding it’s to control “the disorderly expansion of capital,” without elaborating.

Other highlights from the statement:

Banks are to provide loans to metal and non-ferrous metal firms; to be used for upgrading their capacity to greener production

Lending policies should strictly follow related industry policies and regulations, and not to go above national standards