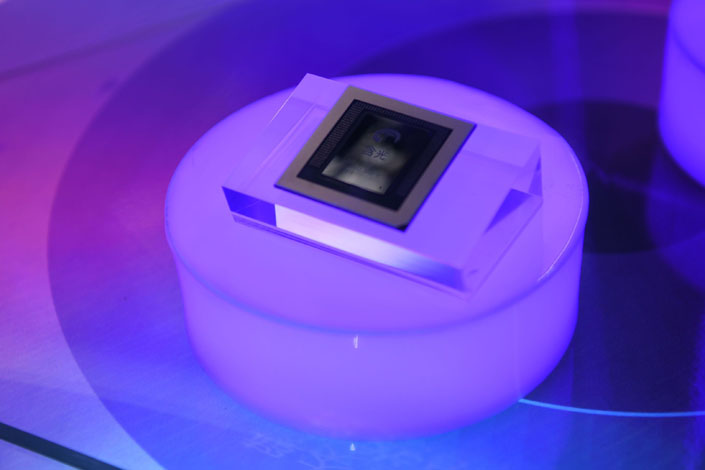 The data center chip could be launched at Alibaba Cloud’s annual Apsara Conference scheduled to be held this week starting Tuesday in the city of Hangzhou, where the company is based, a source close to the company’s cloud computing unit said.

The company had telegraphed its move into homegrown chips in May when Alibaba Cloud Intelligence President Jeff Zhang announced the firm had been making its cloud computing system Apsara compatible with processors based not only on the long-dominant Intel x86 architecture but also with ARM-based chips and other designs.

Once launched, Alibaba will be the third cloud computing vendor after Amazon and Huawei to develop their own in-house server chip based on technology from SoftBank-owned Arm. Microsoft’s Azure cloud business is reportedly working on ARM chips to run its own data centers.

Amazon Web Services (AWS) launched its first customized ARM-based CPU named Graviton in November 2018, with the company touting cost reductions of up to 45% for certain applications compared with x86-based chips.

Shortly afterward, in January 2019, Huawei unveiled its Kunpeng 920 ARM processor chip for running its Taishan data center servers. The move was designed to help insulate Huawei after it was put on a U.S. trade blacklist in May 2019, which cut off the telecom equipment giant’s access to Intel and other U.S. chip technology.

The perceived technology disadvantage among Alibaba’s cloud business customers relative to AWS running on ARM-based Graviton chips was a key factor in the Chinese company’s move to develop its own processor, a person familiar with Alibaba Cloud’s decision told Caixin.

Alibaba’s new chip is built using the latest 5-nanometer manufacturing process and features 128 cores, multiplying its processing power relative to rival cloud processors, Caixin has learned. By comparison, Amazon’s Graviton2 and Huawei’s Kunpeng 920 are built on the previous generation 7-nanometer manufacturing technology and each has 64 cores.

“Alibaba had aimed to be No. 1 of the field globally, and assigned a rather large development team to the project,” this second source said.

Nonetheless, Alibaba’s moment in the sun could be short-lived, as Amazon is gearing up to launch its third generation ARM chip at its re:Invent conference late next month, according to an industry insider.

Alibaba’s cloud unit reported a 29% year-on-year increase in revenue to 16.05 billion yuan ($2.5 billion) in its fiscal first-quarter results released in August. The cloud business accounted for around 7.8% of the ecommerce giant’s overall revenue during the period.

Arm, whose classic low-power, energy efficient chip architecture is used in the vast majority of mobile phones and similar devices, had struggled over the past decade to break into the market for chips used to run high-powered data centers, only finding its footing in 2018 when it launched its Neoverse line suited to heavy data center applications, leading to its increasing popularity there.

China has been pushing ahead with the development of its own semiconductor industry and to reduce its reliance on imported chips.

Phytium and Sunway were placed on the U.S. Commerce Department’s blacklisted “entity list” in April this year while Higon was added in June 2019, banning them from accessing American suppliers.