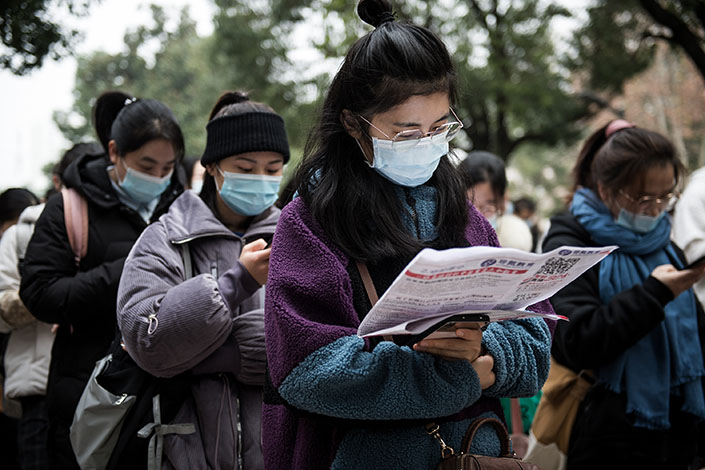 The Chinese government plans to offer more positions to candidates who will take the civil service examination starting in late November, with nearly 70% of vacancies open to fresh college graduates next year, according to the National Civil Service Administration (NCSA).

The country aims to recruit 31,200 people (link in Chinese) through its 2022 National Civil Service Examination, an increase of more than 5,000 over last year, according to a NCSA statement on Thursday. The jobs on offer are in 75 government agencies and 23 institutions directly attached to them.

Out of the total, 21,000 jobs, or 67.3%, will be open to fresh college graduates, as the government seeks to boost employment in this specific group, according to the state-run Xinhua News Agency. In 2019, only 39.2% of the government positions were available for fresh recruits, according to data from Beijing Huatu Hongyang Education and Culture Development Corp. Ltd., an education service provider.

China’s competitive job market pushes hundreds of thousands to take the civil service exam, or “guokao,” every year in the hope of securing a job in the country’s sprawling bureaucracy, though competition there is also intense. The number of people registering for the test had exceeded 1 million for 12 straight years as of 2020, while the overall success rate this year was less than 2%, government data show.

In August, the State Council, China’s cabinet, issued a plan (link in Chinese) to boost the employment of fresh college graduates and other “key groups,” calling on the promotion of multichannel employment and entrepreneurship with the joint support of the market, society and government.

According to the Thursday statement, China plans to offer over 8,700 jobs at institutions in western and “difficult and remote” areas, with lower educational requirements for those who apply.

There’re also some 2,800 vacancies open to those who have participated in “grassroots projects” as well as veterans who served in the army for at least five years after graduating from college.