By Yuan Ruiyang and Kelsey Cheng 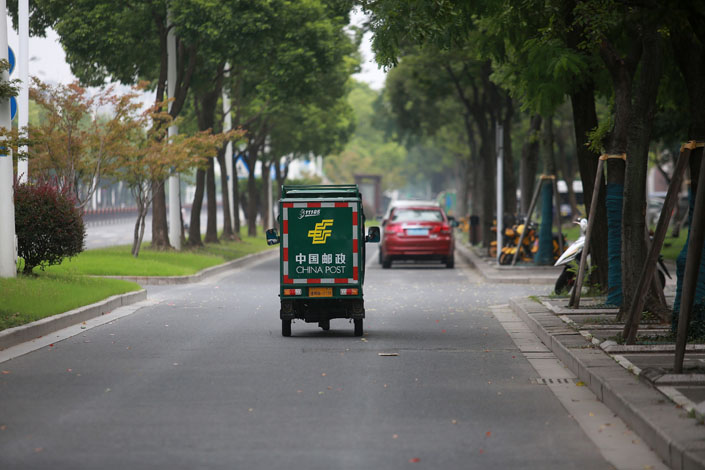 A joint venture between postal service operator China Post Group Co. Ltd. and Singapore-based logistics investor and operator GLP Pte. Ltd. is aiming to raise 20 billion yuan ($3.1 billion) for a private equity fund to invest in warehouses and other assets to boost logistics infrastructure in China amid rising consumer spending.

The fund will invest in newly developed warehouse and operations centers and urban distribution parks in first-tier cities, and be used to revitalize existing assets within the postal services system, the two operators said in separate statements on Wednesday.

Their joint venture, which was established on Oct. 15 and held its first shareholder and board meeting on the same day, “signified the beginning of China Post and GLP’s in-depth strategic cooperation in the fields of capital operation and asset management,” the two companies said.

The fund will seek to explore how to integrate new technologies such as big data, the internet, artificial intelligence and blockchain into the logistics industry.

China Post and GLP each hold a 50% stake in the new company and will jointly control the fund, according to a public notice (link in Chinese) released by the State Administration for Market Regulation on July 19. The joint venture company will mainly focus on the opening and leasing of general warehouses in Beijing, Shanghai, Langfang, Hangzhou, Nanjing and Wuhan.

GLP, one of the world’s largest warehouse operators and logistics real estate investors, has more than $120 billion in assets under management in real estate and private equity, of which $72 billion worth is in China, including logistics, data centers and renewable energy, according to the company.

In September, GLP said it had raised $1.75 billion at the first close of its GLP China Logistics Fund III, its third fund focusing on logistics in the country, as it bet big on the evolving consumer spending that underpins demand for modern warehouses.

In the first half of the year, China’s online retail sales reached 6.11 trillion yuan, up 23.2% from a year ago, data released by the National Bureau of Statistics shows (link in Chinese). In an analysis published in Caixin last month, Teng Tai, director of Wanbo New Economy Research Institute, pointed out that online consumption is growing much faster than offline consumption, and there is broad space for the growth of new consumer demand.

Logistics leasing demand in China accelerated in the second quarter of this year, with third-party logistics and e-commerce platforms accounting for 45% and 43% respectively of leasing volume in the period, according to a report by CBRE. E-commerce companies such as JD.com and Vipshop also extended their logistics footprints, driven by increasing requirements from online shopping events.

“Overall vacancy for Grade A warehouses fell to 14.2% this quarter, the lowest since the onset of the coronavirus pandemic,” the report said.