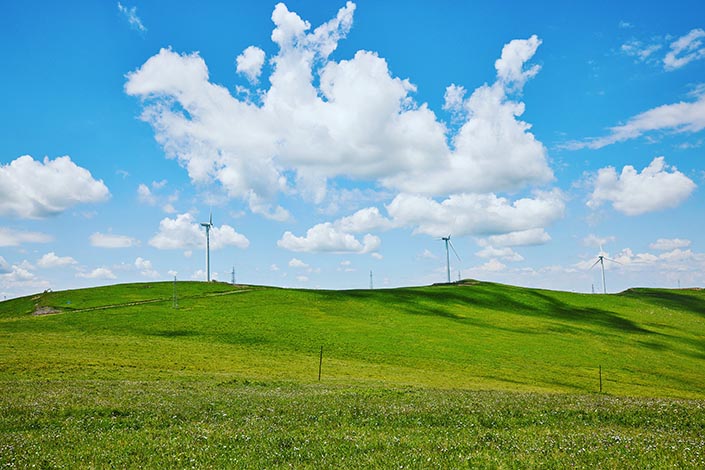 China’s leadership has released wide-ranging guidance for the nations’ drive toward carbon neutrality over the coming decades, laying out general plans for different segments of its economy and a transition away from fossil fuels.

The “working guidance,” jointly released by the Communist Party’s Central Committee and the State Council on Sunday, is the most recent of the many official documents on carbon reduction issued since President Xi Jinping last year announced the nation’s plan to peak carbon emissions by 2030 and reach net zero carbon emissions before 2060.

The guidance is the “1” in China’s “1+N” carbon policy framework, consisting of one overarching plan and many detailed plans for specific sectors. The concept was mentioned in March by the National Development and Reform Commission (NDRC), the country’s top economic planner.

The guidance requires all future major decisions on economic planning, macroeconomic adjustments and industrial policies to be compatible with the carbon reduction goals, and should lead to full-blown green transformations both in production and in consumption, analysts with Ping An Securities Co. Ltd. wrote in a Monday research note.

“We will strike a balance between development and emissions reduction,” the guidance says.

This roadmap sets a target of increasing the share of non-fossil energy in total energy consumption to more than 80% by 2060, well above the 15.9% in 2020 (link in Chinese). That translates into an ambitious plan to hugely reduce the country’s reliance on fossil fuels, such as coal, which accounted for 56.8% of its total energy consumption last year.

However, coal shortages have contributed to ongoing power shortages engulfing multiple provinces since late September, forcing manufacturers to slow or suspend production. The NDRC has had to urge coal mines (link in Chinese) to increase production.

The guidance calls for efforts to prevent risks by balancing carbon emission reduction with the security of industrial chains and supply chains, as well as with people’s everyday lives. That means power cuts or rationing to meet energy consumption reduction targets should be avoided in the future, the Ping An analysts said.

Besides the new 80% goal, the guidance reiterates previously announced targets to increase the share of non-fossil energy consumption to around 20% and 25% by 2025 and 2030, respectively.

Achieving the three goals may be difficult. The average annual increase in the share of non-fossil energy consumption in the past five years was about 0.58 percentage points, significantly lower than what is needed to meet the goals, the Ping An analysis said.

Curbing energy-intensive and high-emission projects, developing a low-carbon economy, and upgrading the industrial structure are key elements of the guidance, wrote Guo Peiyuan, chairman of consultancy SynTao Green Finance, in a commentary.

Local governments and officials will be assessed for their work to meet targets on carbon emission reduction, and those who fail to hit the targets will be criticized, the guidance said.

Provinces with different industrial structures should be allowed to scale back carbon emissions at different paces, in a bid to ensure fairness, the Ping An analysts said.

On the topic of finance, the guidance says China will take measures such as encouraging private investment in low-carbon industries, developing green financial products and monetary policy tools, exploring the establishment of a national fund for low-carbon transformation, and expanding the scope of the carbon emissions trading market.

Guo said that the carbon peaking and neutrality goals pose both opportunities and risks for financial institutions. Meanwhile, the guidance is expected to accelerate their efforts to disclose information about carbon emission reduction, he said.