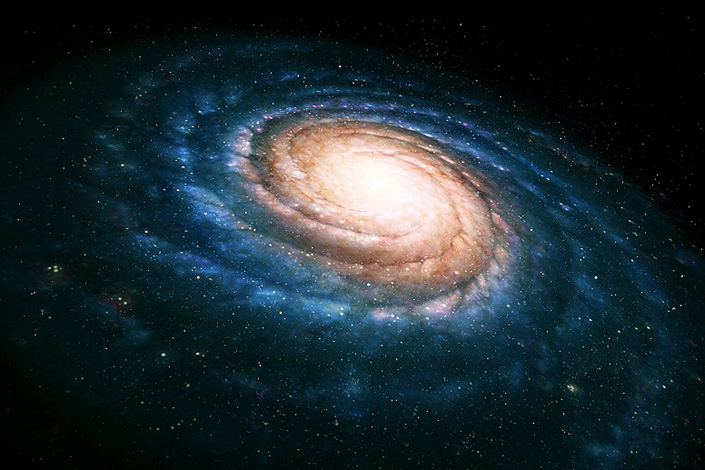 An SBSP system consists of a satellite that collects solar radiation using solar panels, converts it into microwaves and transmits it to a receiver on the earth’s surface, which converts it into electricity. Photo: VCG

(Oxford Analytica) — Governments in Beijing, London, Tokyo and Washington are exploring the potential of space-based solar power (SBSP). Using satellites to collect solar power in space and transmit it to earth to generate electricity overcomes a serious limitation of terrestrial renewable energy: its intermittency. As such, it could enable transition to a wholly renewable energy system.

The technical and political barriers facing SBSP are significant, but if the current proof-of-concept experiments show promise, much larger projects will attract public funding. Experimental prototypes will be built over the next decade, but commercial operation is unlikely before mid-century, and breakthroughs in alternative technologies in the meantime could reduce its marginal benefit or make it redundant altogether.

· Design concepts vary, but generally envisage each satellite generating an amount of electricity on a par with a nuclear power plant.

· Placing critical national infrastructure in space would both hasten the militarization of space and add urgency to arms control initiatives.

· Large-scale funding for SBSP would spur development of supporting technologies and spin-offs, including robotics and launch systems.

An SBSP system consists of a satellite that collects solar radiation using solar panels, converts it into microwaves and transmits it to a receiver (called a rectenna) on the earth’s surface, which converts it into electricity.

Before decarbonization was taken seriously as a policy goal, SBSP was deemed feasible but uneconomical. That has now changed. Net-zero emissions targets create unprecedented demand for clean energy, while solar power technology has improved and reusable rockets have cut launch costs significantly.

A study commissioned by the U.K. government and published last month concludes that SBSP is technically feasible, affordable and would bring substantial economic benefits, and recommends that the government begin developing the technology.

In China, Japan and the United States, proof-of-concept projects are well underway, though on the scale of tens of millions of dollars rather than the tens of billions that would ultimately be required.

Terrestrial solar and wind power are intermittent, affected by weather and the day-night cycle, whereas solar power satellites can be positioned permanently in sunlight and provide uninterrupted electricity supply.

The atmosphere absorbs around half the energy of sunlight before it reaches the earth’s surface, but would not impede the microwaves carrying energy from the satellite to the rectenna.

The rectennas would cover large areas (square kilometers), but would potentially be more discreet than wind or solar farms and less ecologically disruptive than hydroelectric dams.

Wireless power transmission could be used to ‘beam’ energy between locations on earth — to vehicles, or to disaster areas or remote locations not connected to electricity grids. Such applications would be valuable even if the technology is never deployed in space.

The technical and other challenges are significant.

The satellites would be far larger than any existing satellites, and would require more powerful rockets to launch them than are currently in service. The SpaceX Starship and China’s Long March 9 now under development could do the job, but at this stage their operating costs cannot be reliably estimated.

The satellites would be so large that they would need to be launched in modules and assembled in orbit, like space stations. That would require either manual assembly — a proven approach, but very expensive — or robotic construction machinery.

Developing the latter could be commercially attractive, especially if the equipment were versatile enough to perform other tasks too — such as servicing satellites or conducting military operations.

The large number of launches required — more than 100 launches by China’s estimate — would generate politically problematic greenhouse gas emissions in the short term, even if the project had a long-term net benefit in emissions reduction.

The envisaged transmission systems generally use microwaves that are too weak to pose any danger to life or property (hence the need for a large rectenna), but persuading the public of their safety — both during routine operation and in the event of accidents — would likely be difficult.

Increasingly scarce radio spectrum would have to be reserved for the microwave beam and potentially expensive measures taken to ensure it did not interfere with telecommunications on earth or with other satellites.

A project of this scale and complexity has significant potential for accidents, and even in the best case scenario will increase both the quantity of debris in orbit and the negative consequences of orbital collisions.

The satellites would need to orbit at an altitude of around 36,000 kilometers. It is inherently risky to install a piece of critical national infrastructure in an extreme environment this far from national territory. Not only does the space environment pose unique dangers in the form of radiation and meteors, but the satellite would be a highly visible target for hostile military action, which would be difficult to defend against and could be difficult to attribute.

The capability to direct a radiation beam with precision to a chosen location on Earth has strategic implications. Reassuring potential adversaries that the satellite could not be weaponized would require transparency, but concerns about intellectual property and national security may prevent that.

Even if the satellites are designed so that they cannot be used offensively, the core technology would still have dual-use applications, which potential adversaries would consider and respond to.

The vulnerability and dual-use potential of SBSP would make a long-sought treaty banning space weapons both more valuable and more difficult.

Developing SBSP would require billions of dollars of public funding over many years. Sustaining this would likely require the emergence of powerful interest groups with a stake in its continued development, because even if demonstration projects are promising, public opinion and many policymakers will likely be skeptical of the technology’s potential simply on account of its novelty.

As with other novel technologies, unforeseeable engineering challenges and cost overruns are almost certain, providing ample scope for opponents to cancel programs or rival technologies to pull ahead.

Developments not directly related to SBSP could decide its future.

On the one hand is the independent development of terrestrial alternatives. Breakthroughs in utility-scale battery technology would solve the intermittency problem of terrestrial solar and wind. Nuclear fusion would avoid it. Either would render the major advantage of SBSP redundant.

On the other hand, technological advances made independently could make SBSP cheaper and more viable — for example, advances in robotics, or new launch technologies such as spaceplanes. Conversely, if substantial public money goes into developing SBSP, this would spur development of these supporting technologies.

Claims that the first country to develop SBSP will become “the Saudi Arabia of renewable energy” are questionable, even in the unlikely scenario that SBSP eventually proves cheaper than all other energy sources everywhere on Earth.

Unlike oil, technology can be copied. If any country were to realize game-changing cost savings through SBSP, others would almost certainly replicate or steal the technology. Oligopoly is more likely than monopoly.