CX Daily: JD.Com’s Rocky Road To Take The Finance Out Of Its Fintech Unit 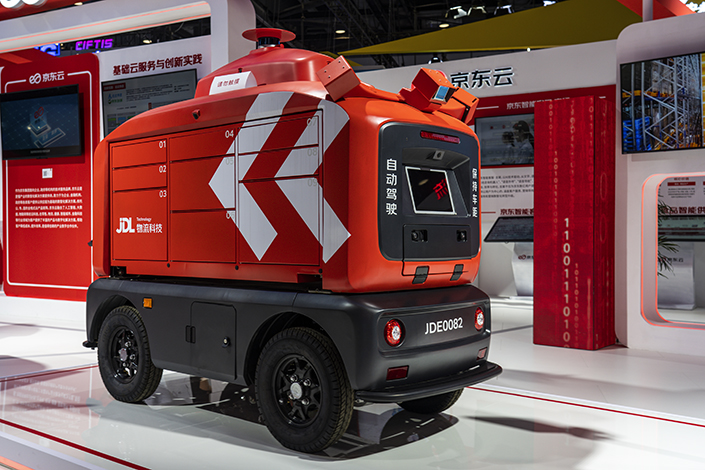 In Depth: JD.com’s rocky road to take the finance out of its fintech unit

The abrupt suspension of the Ant Group IPO in November last year has reverberated across China’s fintech sector and caused dozens of casualties, one of which has been the fintech arm of JD.com, a leading Chinese e-commerce company. Known back then as Jingdong Digits Technology Holding Co. Ltd. (JD Digits), the company was later forced to abandon its IPO plan in the middle of the process.

While Nasdaq-listed JD.com Inc. has long been widely seen as one of China’s top online retailers, the growth path of its fintech arm has been anything but consistent. Even its name has changed several times. It started as JD Finance as early as 2013, before changing monikers to JD Digits in November 2018.

A little more than two years after that, JD Digits changed its name again. Since January, it has been rebranded as JD Technology.

An associate of Hui Ka Yan, chairman of troubled China Evergrande Group, recently put up a luxury house in Hong Kong for loan collateral as the billionaire and his property empire face an escalating debt crisis.

Policymakers decided to extend a tax break for overseas investors in China’s onshore bond market for four years as enthusiasm for the market’s relatively high yields continues to grow.

Overseas institutional investors’ income from bond interest will be exempt from corporate income tax and value-added tax (VAT) until the end of 2025, according to a statement issued after a State Council executive meeting chaired by Premier Li Keqiang. The exemption, launched in 2018, was originally scheduled to expire in early November.

The extension aims to encourage foreign investment in China, according to the statement.

China’s cabinet gave micro, small and midsize manufacturing enterprises the option to take up to three months longer to pay their fourth-quarter taxes.

The State Council’s decision aims to provide more financial breathing room to these enterprises, which have been hit by rising commodity prices and production costs, according to a readout (link in Chinese) of a cabinet executive meeting Wednesday. The measure is expected to defer about 200 billion yuan ($31.3 billion) in taxes until the following quarter.

China’s thermal coal futures fell by the daily limit of 10% Wednesday as the country’s top economic planner reportedly is moving to cap the price of the fossil fuel to ease a power shortage.

The most-active thermal coal contract on the Zhengzhou Commodity Exchange fell to 1,144.6 yuan ($177) a ton, extending a decline that drove the contract down 30.5% in a week.

Shanghai-listed Yili will also buy an additional 90 million new shares in Ausnutria via Jingang, the filing added, saying that the share acquisition deals will make Yili the biggest shareholder in Ausnutria.

China’s capital is tightening oversight on after-school tutoring companies that offer courses on subjects outside the core school curriculum, Caixin learned, as part of the ongoing national campaign to take some of the pressure off the country’s notoriously overworked students.

Prices of magnesium in China’s key production region have dropped as much as two-fifths from a record high in September as smelters ramp up output amid ongoing concerns about a global supply shortage.

In the three months through September, the company’s net profit attributable to ordinary shareholders totaled 3.3 billion yuan ($515.8 million) on revenues of 29.3 billion yuan, according to its latest earnings report Wednesday.