Update: Tencent Unveils Three Computer Chips of Its Own Design 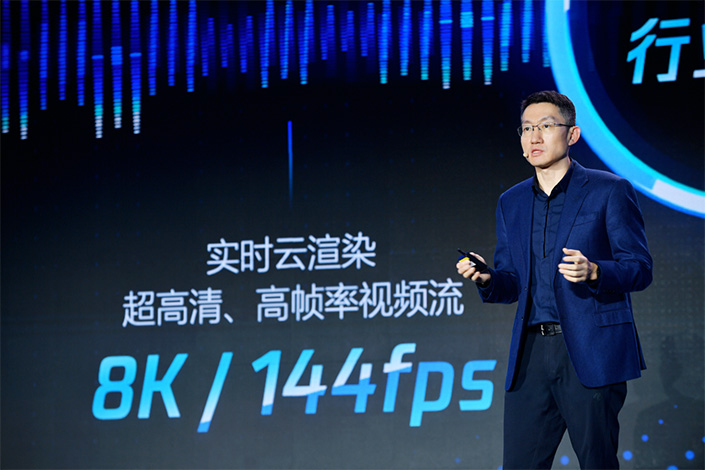 Tencent Holdings Ltd., China’s most valuable publicly traded software firm, touted its progress in getting into the hardware business on Wednesday when it announced it is making three computer chips of its own design.

Though thin on detail, the announcement underscores the growing interest by Chinese companies in developing their own chips, which has recently seen big-name entrants like Xiaomi, Huawei and Alibaba.

Domestic electronics firms have been pushing into the area of in-house chips to cut costs and win a competitive edge amid a global chip shortage, but software firms are also piling into the space. Tencent’s archrival Alibaba Group Holding Ltd. unveiled a central processing unit (CPU) last month.

They’re also a draw for investors. As a regulatory storm lashed Chinese internet stocks, eroding a record $781 billion in value in the third quarter alone, hardware stocks have provided shelter. That’s doubly so for chipmakers, which have long received strong policy support from an administration that is scrambling to patch China’s supply chain vulnerabilities.

Speaking at the company’s Digital Ecosystem Summit in the central city of Wuhan, Tencent Vice President Qiu Yuepeng revealed plans for an AI computing chip, a video processor, and a network interface controller for cloud computing.

“Tencent’s investment in (in-house) chips is driven by the demands (of our business),” Tang Daosheng, chief executive of the company’s cloud and smart industries group, told Caixin.

Many technology firms that say they make their own chips actually work with a designer and tweak that firm’s chips. Although some really do design new chips nearly from scratch, most license their basic architecture from Arm Ltd., meaning few are truly designed from the ground up.

A spokesperson for Tencent would not comment on where the firm’s new chips will be made. The firm, which established its Penglai Lab in 2020 to design and test semiconductors, did not display prototypes at the event or disclose what techniques will be used to make them.

AI inference and video transcoding chips are generally considered to be special-purpose chips that typically don’t require as much expertise to develop as their general purpose siblings.

Qiu said Tencent plans to make a long-term investment in its self-designed chips. Earlier this year, the company participated in a 1.8 billion yuan ($279 million) series C funding round of Enflame Technology, which develops cloud-based deep learning chips for AI training platforms and is working with Tencent on several AI applications.

Tencent’s efforts to make its own chips will reduce costs and make better use of the company’s core infrastructure, Tang explained. Specifically, using an AI chip of its own design will help the company optimize its cost structure because many of its services like search are based on AI algorithms.

Chinese smartphone-makers Oppo, Vivo and Xiaomi Corp. have also started making in-house chips to cut costs and differentiate their products from the competition. In-house chips can be 50% cheaper than those supplied by Intel or Qualcomm.

Meanwhile, demand is growing stronger for an in-house video transcoding chip as an increasing number of industries are making greater use of video, such as health care, online education and livestreaming — all of which Tencent has dipped a toe into, Tang said.

He went on to say that Tencent’s in-house networking chip will be used to offload a portion of its computing burden to virtual networks in order to save energy.

Despite these efforts, Tencent’s chips are in the much earlier stage of development than those of its rivals. Alibaba released its first self-developed AI inference chip, the Hanguang 800, in 2019 and has used it across its e-commerce sites to handle functions that require lots of computational power. That same year, Alibaba’s chipmaking subsidiary Pingtouge launched a processor chip called the XuanTie 910, which can be used in applications such as 5G telecommunications and autonomous driving.

When it comes to developing more complex general-purpose chips, Tencent has also lagged behind Alibaba, which last month introduced its own CPU, the Yitian 710, for its Panjiu servers, which will drive its cloud computing operations.

A Tencent insider told Caixin that the company has no plans to enter the general-purpose chip segment.

Tencent has been competing head-to-head with Alibaba and Huawei Technologies Co. Ltd. in the Chinese market for public cloud infrastructure services, such as infrastructure as a service (IaaS), platform as a service (PaaS) and software as a service (SaaS). It’s a market that was worth $12.3 billion in the first half of 2021, according to data from market researcher IDC. In the first half of the year, Alibaba Cloud held the highest share of the IaaS and PaaS market, with 37.9%, followed by Tencent Cloud with 11.2%, and Huawei Cloud with 10.9%.

The competition is growing in China’s public cloud infrastructure service market as companies are increasing their investments in the construction of their IaaS infrastructure platforms and are beefing up research into in-house chip design to strengthen their PaaS capabilities, IDC said in a report published last month.