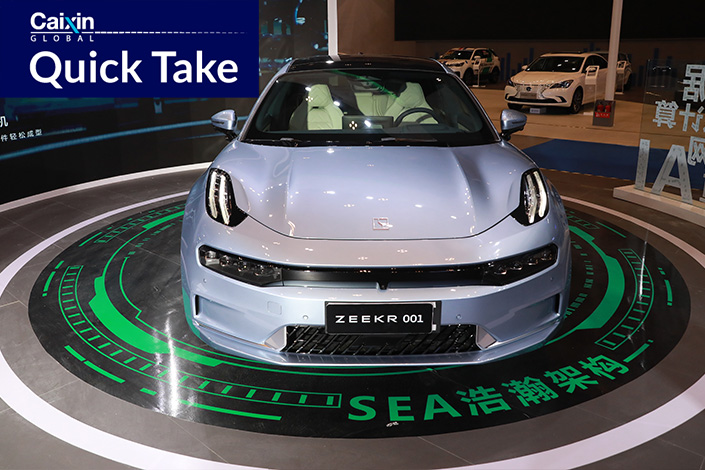 The purpose-built vehicle will be designed and developed at Zeekr’s research and development center in the Swedish city of Gothenburg, according to the statement.

In a separate statement, Waymo said that the Zeekr car will be powered by its autonomous driving system Waymo Driver and will hit U.S. roads “in the years to come.”

The background: In October, Zeekr delivered its first model, a milestone that came just seven months after the company was established.

In August, Zeekr raised $500 million in its first external funding round led by Intel Capital Corp., giving it a valuation of nearly $9 billion.

Announcing the funding round, Zeekr CEO Andy An said that the company plans to launch six new models over the next three years, with the goal of selling 650,000 vehicles a year by 2025.