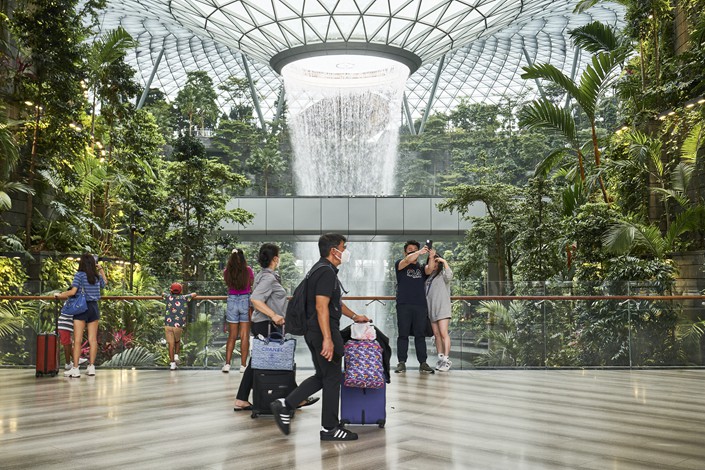 Travelers at Changi Airport in Singapore on April 20, 2022. Photo: VCG

Since World War II, few have doubted the status of London and New York as the international financial and business centers of Europe and America. But arguments abound over which city rules in Asia.

Japan and South Korea are among the largest economies in Asia. Tokyo and Seoul, their capitals, are two of the most important cities on the continent. However, as English is not popular in either, they have never been the first choice for multinational companies’ Asian headquarters. This means the two cities have only ever served as regional financial centers in their own economies.