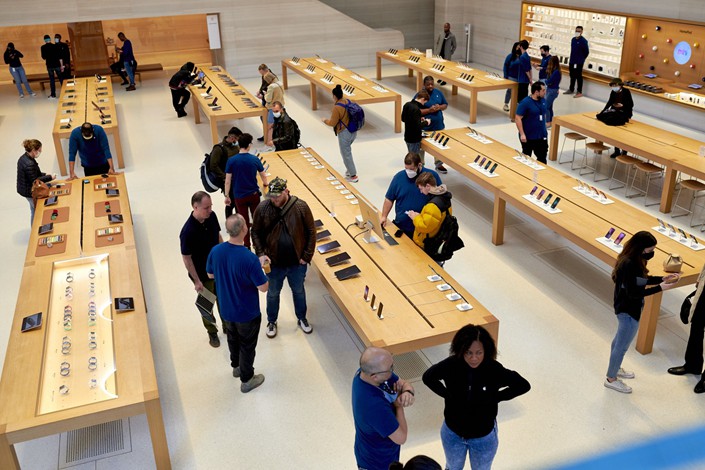 (Bloomberg) — Apple Inc. is planning to keep iPhone production roughly flat in 2022, a conservative stance as the year turns increasingly challenging for the smartphone industry.

The company is asking suppliers to assemble roughly 220 million iPhones, about the same as last year, according to people familiar with its projections, who asked not to be named as they’re not public. Market forecasts have hovered closer to 240 million units, driven by an expected major update to the iPhone in the fall. But the mobile industry has gotten off to a difficult start to the year and production estimates are down across the board.