Asia’s Shortage of Empty Containers May Worsen on Rotterdam Jam 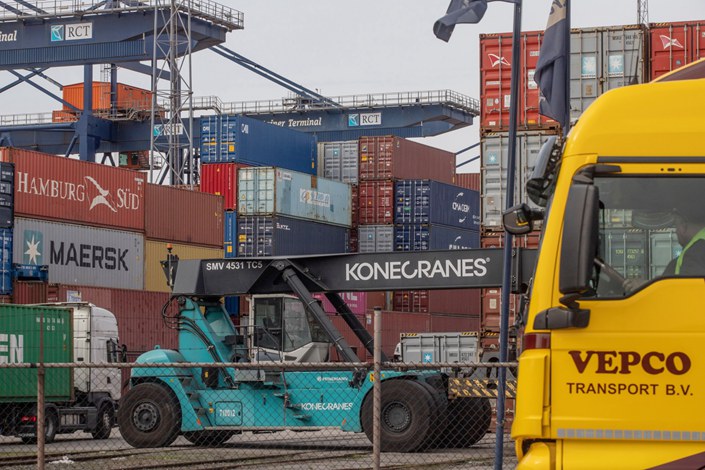 Shipping containers idled due to Russia sanctions, at the Port of Rotterdam in Rotterdam, Netherlands, on March 30. Photo: Bloomberg

(Bloomberg) — Empty container boxes crucial for Asia’s exporters are getting stuck in the port of Rotterdam as a growing backlog of undelivered goods at Europe’s export hub forces ocean carriers to prioritize shipments of filled boxes.

The Dutch port has faced an onslaught of both goods and empty boxes offloaded from other European maritime operations, shipping experts said. This has coincided with carriers reducing the number of vessel trips from the continent to China after Shanghai authorities locked down the city in March, they said.