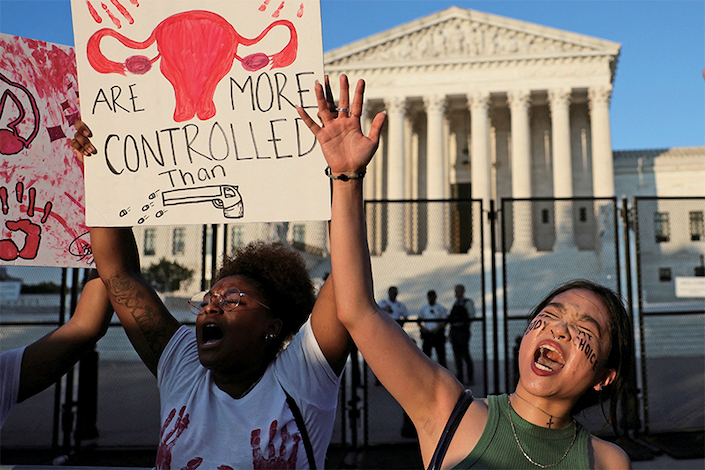 Protesters gather outside the Supreme Court on June 25 to oppose the court’s decision to overturn the 1973 ruling of Roe v. Wade. Photo: Evelyn Hockstein

The U.S. Supreme Court’s decision to overturn a landmark ruling that upheld the constitutional right to abortion for half a century has been lauded by some Americans as a long-awaited victory, but has terrified others who view it as a catastrophic step backward in time.

The historic reversal, driven by the court’s conservative majority, ended the constitutional right to abortion and granted individual states the power to set their own abortion laws. The decision is expected to lead to abortion bans in roughly half the states.

The Chinese Communist Party wrapped up its provincial-level party committee reshuffle as it gears up for the 20th national party congress later this year.

The second half of a two-part reshuffle, which ran from April through June, ended last week with Beijing’s and Shanghai’s local party congresses. The nationwide provincial elections take place every five years before the national party congress.

12 bodies recovered after crane sinks in the South China Sea

Twelve bodies were found about 92.6 kilometers (57.5 miles) southwest of where the China-registered crane Fujing 001 sank in the South China Sea in the wake of Typhoon Chaba, according to the latest government statement.

During the storm, the floating vessel with a crew of 30 split in two off the coast of South China’s Guangdong province Saturday morning. Four people were rescued while the rest were reported missing, according to the Guangdong Maritime Search and Rescue Center.

Authorities on the Chinese mainland and Hong Kong said Monday that they will jointly launch a “Swap Connect” program in six months to allow offshore investors a wider access to the mainland interest rate swap (IRS) market.

China is bolstering efforts to further open its financial market to overseas investors. As offshore investors become more active in trading Chinese bonds, their demand for derivatives to manage risks of fluctuating interest rates has grown.

The government of southwest China’s Chongqing city plans to cut 5 billion yuan ($746 million) of planned general public spending, according to its second-half budget published in mid-June. The government said the savings will add to a budget stabilization fund to make up for the shortfall in revenue in the second half.

The CDB and the Agricultural Development Bank of China (ADBC), the second-largest policy lender, will raise 210 billion yuan and 90 billion yuan, respectively, before the end of next year, the sources said.

Editorial: Why the original intent of China’s anti-monopoly law is so important

The announcement on June 16 that the Rio Casino in Macao would close that day shocked many locals, with media reports describing it as a change not seen in a generation.

Rio is one of the special administrative region’s oldest “satellite casinos” — which operate under the auspices of one of the city’s few casino license holders, but each is actually run by a third party. But while it has a big name, Rio was far from the only such satellite casino to shutter recently amid a major overhaul of the city’s gambling industry.

The shutdown comes even though the business sat outside of a tough new regime that roiled the online education sector last year as the company focused on subjects outside the core curriculum.

Chinese mining giant Ganfeng Lithium Co. Ltd. is being investigated by the securities regulator for alleged insider trading, triggering a sell-off of its stock, the company disclosed Sunday.

The China Securities Regulatory Commission revealed Friday that it is investigating whether the mining company was involved in the insider trading of another company’s stock on the secondary market, according to a Ganfeng exchange filing.

Shares of Chinese dairy producer Maiquer Group Co. Ltd. closed down 7.24% Monday, a day after the local market watchdog confirmed that the company put an undeclared additive in its pure milk products.

Authorities found that two batches of the Xinjiang Uyghur autonomous region-based company contained propylene glycol, a viscous and colorless liquid best known as a key additive in vape liquid, according to a Sunday post by the State Administration for Market Regulation (SAMR).