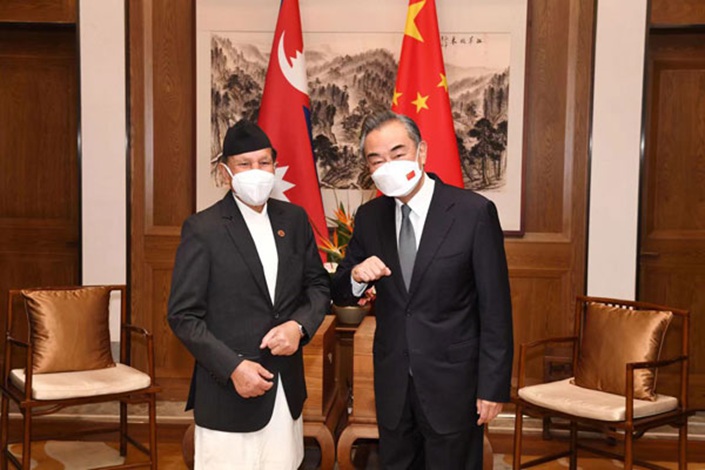 China and Nepal have agreed to start work on a trans-Himalayan connectivity network that may see the realization of a cross-border railway, the Chinese foreign ministry said in a statement after a meeting of the two countries’ top diplomats.

Foreign minister Wang Yi told his counterpart Narayan Khadka during a meeting in Qingdao on Wednesday that China will fund a feasibility study on a China-Nepal railway and send experts to Nepal to conduct surveys later this year. The plans fall under the Belt and Road Initiative, to which Nepal has been a signatory since 2017.