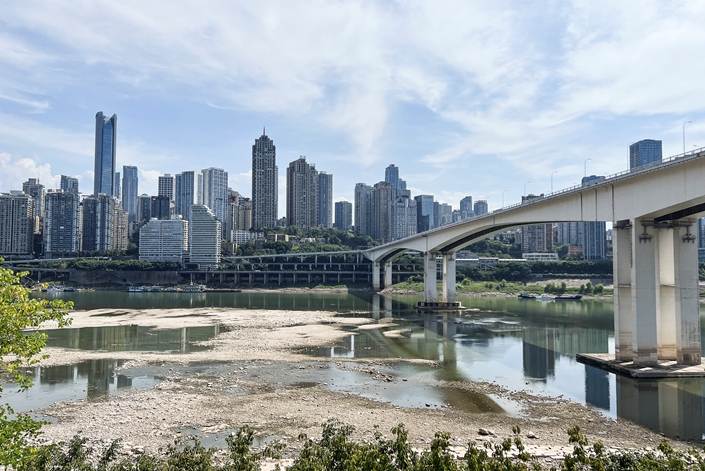 The exposed riverbed of Jialing River in Chongqing around 4 p.m. Tuesday. Photo: VCG

Around 783,000 people in six province-level regions belonging to the Yangtze River basin, an area traditionally on flood alert from June to August, have been affected by drought this year and needed government support, according to state broadcaster CCTV.