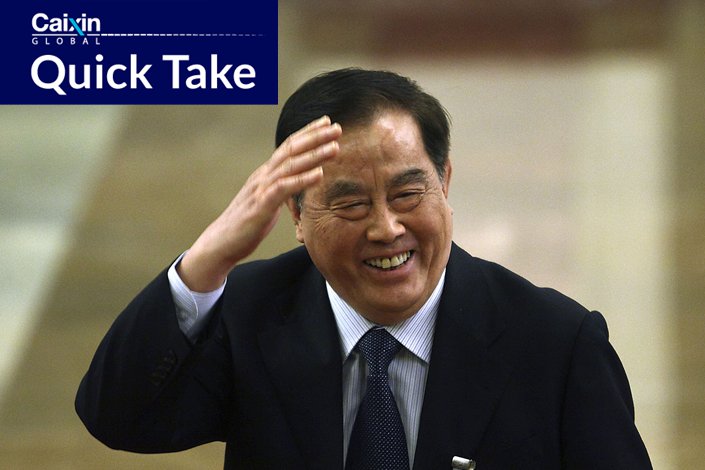 An investigation found Sheng, 73, had abused his power in his former roles at the General Administration of Customs and state-owned China Railway Corp. by accepting a large amount of money and valuables in exchange for personal benefits. The gifts include banquet invitations and trips arranged by others. In return, Sheng used his position to help create favorable conditions in business operations, project contracts and the process of selecting and appointing cadres, according to a statement (link in Chinese) from the Central Commission for Discipline Inspection.

The former minister of railways was also found to have tacitly allowed his relatives to seek personal benefits through the abuse of his power and keenly engaged in superstitious activities, the statement said.

All the illegal gains have since been confiscated and Sheng’s graft case has been transferred to prosecutors for a further review, the graft-buster said.

The background: The probe was first announced in March, when Sheng was 72 and had retired from his post as party secretary and general manager of China Railway for six years. Before that, Sheng spent more than 30 years in China’s railway system and 10 more years in the country’s General Administration of Customs.

The former executive is the highest-ranking official of China’s railway system to be investigated since the 2011 downfall of Liu Zhijun, Sheng’s predecessor at the now defunct Ministry of Railways.