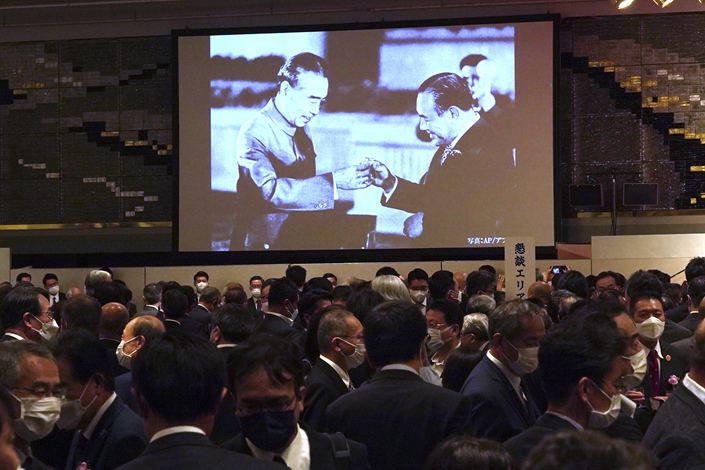 A monitor shows a photo of Chinese Premier Zhou Enlai, left, and Japanese Prime Minister Kakuei Tanaka toasting each other at a banquet in the Hall of the People in Beijing on Sept. 28, 1972, during a reception to mark the 50th anniversary of Japan-China diplomatic relations Thursday, Sept. 29, 2022, in Tokyo. Photo: VCG

To mark the 50th anniversary of the establishment of diplomatic ties, President Xi Jinping and Japanese Prime Minister Fumio Kishida discussed on Thursday the future of bilateral relations amid heightened tensions over Taiwan.

Xi said he attaches great importance to Sino-Japanese relations while Kishida expressed his hope that Japan will build “constructive and stable” relations with China in the next half-century, according to a summary of the conversation published by the Chinese Ministry of Foreign Affairs.