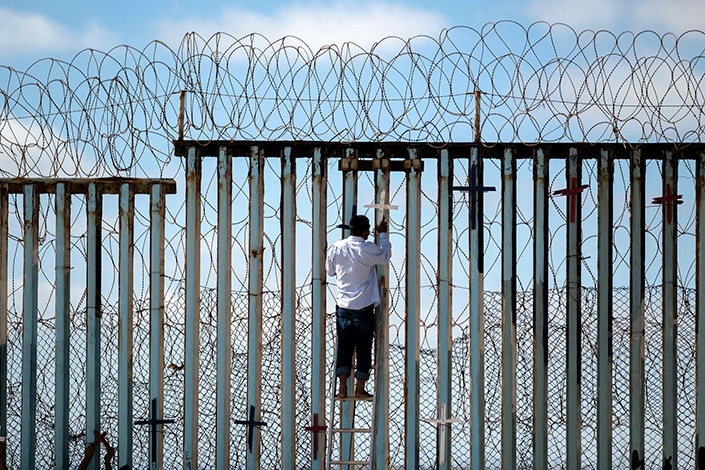 A deported Mexican migrant hangs wooden crosses on the fence at the U.S.-Mexico border in Tijuana, Mexico, on July 4. Photo: VCG

The belief that immigrants will ruin the job market is unfounded, says economics professor Li Jingkui. With bold and ambitious entrepreneurial spirit, immigrants are often more likely to be “job creators” than “job takers,” while the increase in demand for goods and services actually supports economic growth.

The U.S. and other countries in the West have been plagued by immigration issues for years. Illegal immigration was the focus of one of former U.S. President Trump’s most infamous policies — a U.S.-Mexico border wall.