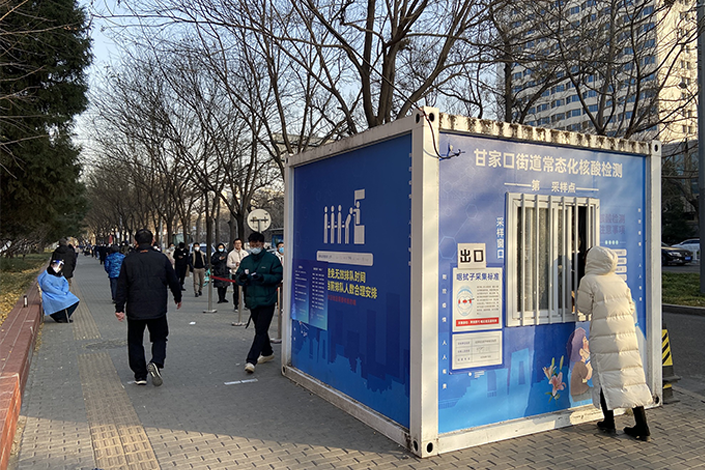 Beijing citizens line up to get tested on Friday. Photo: VCG

The Beijing municipal government has denied rumors of an imminent scrapping of current Covid-19 controls in the capital city, including online speculation about the canceling of nucleic acid testing (NAT) and personal health code checks in public places, according to a government statement.

Describing the online rumors as “false information,” the statement released on the local government’s official social media platforms Saturday said the Covid outbreak across the city means that it remains on high alert, even though further spreading of the virus had been prevented.