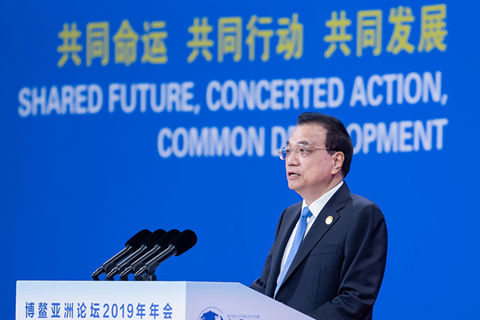 China plans to complete the drafting of supporting regulations and policies for the new Foreign Investment Law this year, said Premier Li Keqiang Wednesday at the Boao Forum for Asia in Hainan.

Li said China will further clean up laws, regulations and policy documents that run counter to the openness and the competitive neutrality principles of the new investment act.

The government will also shorten the so-called negative list of industries in which foreign investment is limited or prohibited. Li said the government will only take out restrictions rather than imposing more, and China will further open up sectors including value-added telecommunications, medical institutions, education service, transportation, infrastructure and energy.

Li said the government plans to release an updated negative list by the end of June.