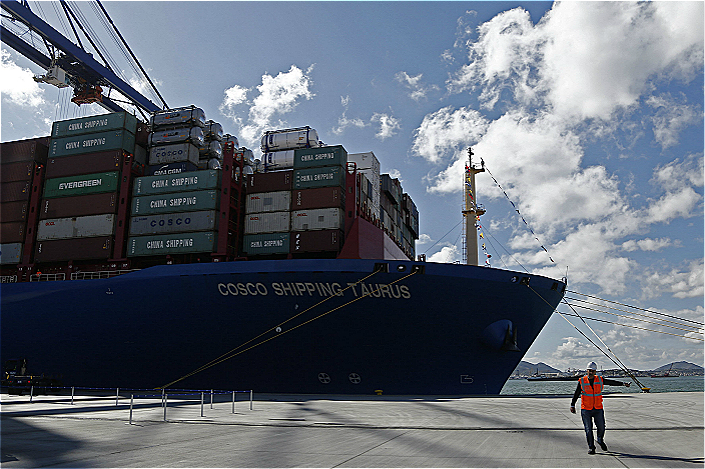 A unit of China’s state shipping giant Cosco Shipping Holdings said it would sell its American container port to address security concerns of the U.S. government.

The sale is part of Cosco’s agreement with the U.S. government to clear its $6.3 billion takeover of OOIL in 2017.

The Long Beach terminal is the second-largest port in the U.S. after nearby Los Angeles. The port imported 6.8 million TEU (twenty-foot equivalent units) in 2016, and about 66% of its freight volume is with China.

OOIL said it expects to book an estimated gain before tax of about $1.09 billion from the sale.