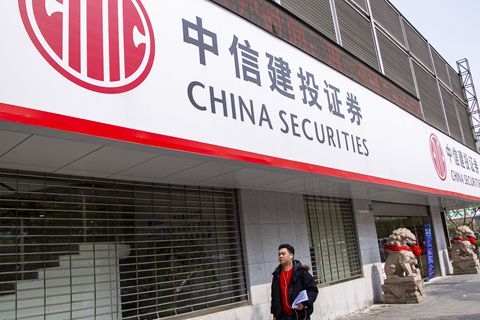 Part of Citic’s sale of 5.58% of CSC, also known as China Securities, will be carried out by a call auction starting in the next 15 trading days, CSC said in a filing. The remainder of the stake will be sold through block trade starting in July.

The stake sale will increase Citic’s gains from its 14-year investment in CSC to more than 11 billion yuan ($1.6 billion), based on CSC’s current market value. Citic has reduced its stake in CSC through several transactions since 2009.

CSC was founded by Citic and China Jianyin Investment Ltd. in 2005 with a combined 2.7 billion yuan investment, of which Citic held 40%.

Competition between Citic, the country’s biggest brokerage, and CSC has heated up in recent years. CSC investment banking business this year has been stronger than that of Citic, which ranked at the top in China last year.