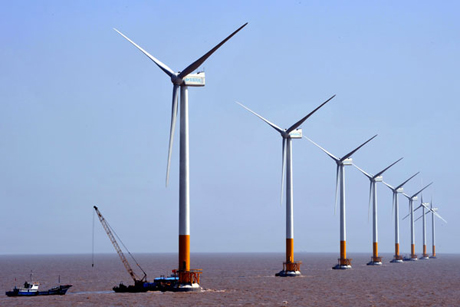 (Beijing) - Sinovel was just a sketchy dream for Han Junliang five years ago. But the 41-year-old businessman liked the idea, and so did the other investors he nudged until they agreed to put up a combined 70 million yuan to make the dream come true.

Few took his promise seriously. Wind energy was in its infancy in China. But the investors at that time were bullish about the long-term prospects for wind power, and Sinovel was one of the few investment opportunities in that area. Han's plan seemed a viable bet.


One investor told Caixin, "The reality is better than Han promised in the beginning – even twice as good!"

In short order, the dream took shape, expanded and then morphed into a full-blown fairy tale that told of the enormous success for Sinovel. And it's only getting better as the company soars on an updraft of favorable government policies, a clever business model and Han's savvy.

Sinovel factories produced the equivalent of 3,510 megawatts of installed wind power capacity last year, making it China's largest wind power equipment manufacturer and the biggest worldwide. It expects to be No. 1 globally within five years.

Sinovel is now poised for a public listing on the Shanghai exchange's A-share market that should fulfill even wilder dreams for Han and the other original investors. It passed the preliminary hearing at the China Securities Regulatory Commission August 17 for the IPO, with Essence Securities as underwriter.

Earlier this year, the Dalian State-owned Assets Supervision and Administration Commission said Sinovel would publicly issue 100 million shares (a nearly 10 percent stake) now that the company's net capital has jumped to about 900 million from 100 million yuan. The IPO's goal would be to raise 3.5 billion yuan, with each share at 35 yuan.

But Chinese stock markets have performed poorly so far this year. The listed Chinese wind power company Goldwind – a key Sinovel rival – has seen its price-earnings ratio slip to about 20.

Sinovel management fears its IPO might fall short of expectations, although it would still reap a windfall for early investors thanks to strong profits and a high growth trajectory.