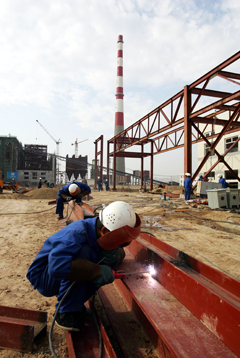 
(Beijing) – Fatigue from long hours of work was evident in Liu He's face when he recently met Caixin reporters in a Beijing hotel. But as the conversation deepened, and Liu described a far-reaching plan for China's progress, the facial lines slowly faded.

Liu is a vice minister at the central government's Office of the Central Leading Group on Financial and Economic Affairs. He agreed to the October 28 interview after playing a key role in drafting China's proposed 12th Five-Year Plan, which takes effect next year.