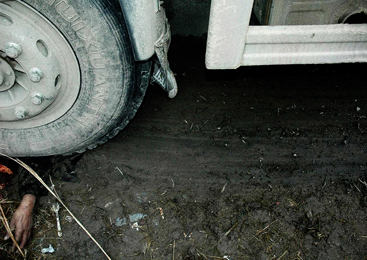 
Official reports say former Zhaiqiao village chief Qian Yunhui died accidentally while crossing a road. But villagers say he died December 25 after being forced by five police officers to lie in front of a rolling truck.

Photos allegedly from the scene that have been circulating on the Internet show a man's torso positioned beneath a truck wheel and beside a severed head.