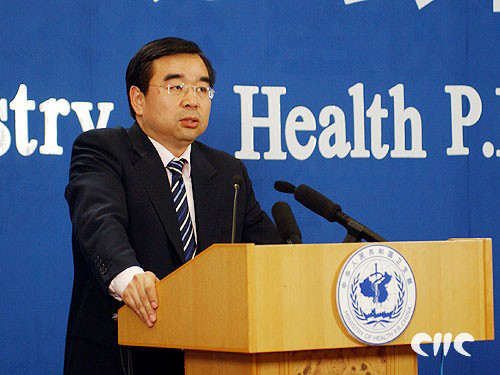 (Beijing) – China's Ministry of Health (MOH) will launch a "blacklist system" of journalists responsible for misleading reports on food safety and other health-related issues, a senior official from the ministry said at a food safety forum June 13.


Mao Qun'an, head of the news and publicity office of the MOH said the journalist blacklist was in response to false media reports on health and food safety issues.

The journalist blacklist will also be circulated to relevant authorities supervising the news and media industry, Mao said.

In addition to the public debate triggered by the announcement, Mao Qun'an told Caixin on June 14 that recent reports over food safety have included several errors and distortions of fact. Under such circumstances, Mao said, the journalist blacklist is a necessary step to monitor the work of news journalists.

Mao added that journalists must be held responsible for inaccuracies in reporting, whether intentional or unintentional, due to the enormous influence media reports can have on public opinion.

The current media monitoring system is sufficiently capable of tracing the origin of reports and reporters that disseminate inaccurate information, Mao said. The blacklist will be set up according to the monitoring results after first being approved by higher authorities.

The journalist blacklist will be kept for internal reference only, Mao said.

According to media reports, the blacklist plan stirred dissatisfaction among Chinese journalists and internet users, with some saying that the creation of such a blacklist would be outside of the ministry's authority.

In response to internet comments, Mao said positive suggestions online would be taken into consideration by the ministry when enforcement is called for.

Several high profile scandals concerning food safety across the country, from dairy products to raw pork, have contributed to the negative publicity the MOH has had to face in recent months.