China's Economic Policy in a League of Its Own 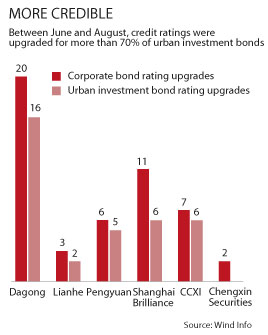 
The Shanghai A-shares index shuddered with other markets around the world while sliding nearly 4 percent the day after the ratings agency Standard and Poor's downgraded American sovereign debt in early August.

But the panic quickly subsided. In subsequent trading sessions, the index reversed course and began a steady climb, reflecting a consensus that A-share valuations have probably scraped bottom for the year, and that the Chinese economy has found a league of its own, independent of external growth – or lack thereof – and western trends.