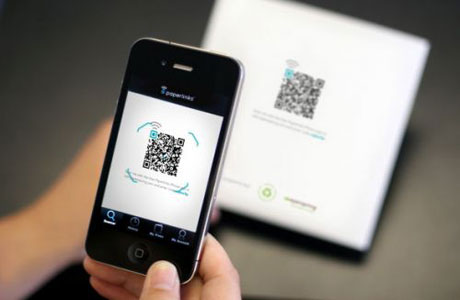 (Beijing) – Two Internet companies gearing up to launch electronic credit cards linked to their payment services have been told by the central bank to delay launching them due to security concerns. The companies were also told to stop handling payments through quick response (QR) codes.

Alipay, the country's largest third-party payment service, and WeChat, Tencent Holdings' messaging app, both said recently they would cooperate with China Citic Bank to issue virtual credit cards that would allow users to shop online and at brick-and-mortar stores. The e-credit cards would be linked to Alipay's app and Tenpay, Tencent's payment service.

The central bank's order appeared in a document sent on March 13 from Beijing to its office in Hangzhou, the capital of Zhejiang province where Alipay's owner is located.

The central bank said the virtual credit cards should be put on hold until more research is done on how the operators can verify the identity of users and protect their information. It also said it would conduct an evaluation of virtual credit cards' security and compliance with regulations.

The document also says Alipay and WeChat's services permitting users to pay by scanning QR codes – those blotches of black and white that can be scanned using a phone's camera – are not safe and should be stopped.

A central bank official, who asked not to be named, said those services and the planned virtual credit cards were only being suspended. "It does not mean that they are not allowed, but they need to be offered after the technologies have been improved," he said without elaborating.

China International Capital Corp. (CICC), an investment bank, said in a report that the central bank acted against virtual credit cards and QR payments because they threaten China UnionPay's monopoly over offline payments.

Central bank regulations say all yuan-based transactions by bank cards, even those issued by foreign companies, must be processed through UnionPay's network. UnionPay gets 70 percent of the fee merchants pay, and the rest goes to the bank that issued that card and the bank that processed the payment.

With QR payments, however, merchants sidestep UnionPay and give money to the card-issuing bank and the payment companies Alipay or Tenpay.

The QR code payment option is being used by a very small number of merchants, but the launch of virtual credit cards may change that if they are popular with shoppers. This would hurt UnionPay and may be the main reason the central bank acted, the CICC report says.

The official at the central bank said the regulator is worried about the security of accounts with payment services offered by Internet companies, which tend to pay more attention to efficiency and market share than rules and transaction security. "Innovation does not mean ignoring rules," he said.

The readers that stores use for QR code payments are similar to point-of-sale (POS) equipment that handles payments using regular bank cards, but they are not adequately supervised, the official said.

"They were thrown into the market without any certifying authority vouching for their ability to protect user information and rights," he said. "The POS machines follow national protocols."

The central bank has received complaints from people saying they lost money by scanning QR codes from unknown sources, he said.

"Every payment company promises to compensate users should there be a loss, but so far it is very difficult to get compensation," he said. "More importantly, it is not just the payment itself that is jeopardized. All the money in the account is no longer safe."

The document also says that the payment companies violated regulations by not notifying the central bank 30 days before launching the virtual credit cards.

A source from Citic Bank who knows the situation said the bank had been required by a regulator to submit materials related to the e-credit cards.

Both Alipay and WeChat would be affected by the sudden turn of events shortly before the launch of their new products, said Wang Weidong, an analyst at iResearch Consulting Group, an Internet industry research firm. But the suspension would not last long because mobile payments are the order of the day, he said.