Officials in Shanxi Scramble to Sort out Steelmaker's Debt Mess 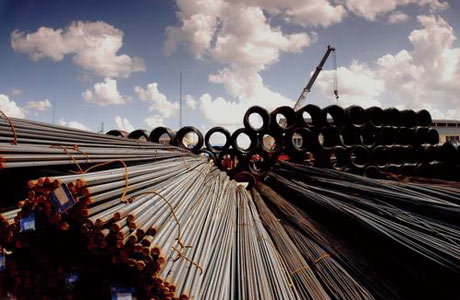 (Beijing) – Officials in a city in northern China have been busy recently sorting out a steelmaker's debt mess that could involve as much as 20 billion yuan, even as the firm's owner avoids attending meetings on the matter, sources close to the situati0n say.

Highsee Iron and Steel Group Co. Ltd., which is based in Yuncheng City's Wenxi County, ceased production on March 18. It has seen a host of creditors including big banks line up to get their money back.

Wang Qingxian, the mayor of Yuncheng, has chaired at least three meetings with bank executives and the managers of electricity plants since early March to persuade them not to call in loans to Highsee and to continue supplying it with steady power, an official who attended the meetings said.

Li Zhaohui, the son of Highsee founder Li Haicang and the firm's chairman, did not show up at the meetings, the official said. The only representative from the company was a deputy manager whom Li sent to give briefings on Highsee's situation.

Data from the Wenxi government shows the firm employed more than 10,000 people and paid 870 million yuan in taxes in 2010. It has been the province's biggest private enterprise since then.

The government fears that leaving Highsee on its own would drive it into bankruptcy, which would cause hundreds of thousands of people to lose job, an official in the Yuncheng government who did not want to give his name said.

"The government is like a typical Chinese parent and it simply cannot let go of its star enterprise," the official said.

The city government has set up a coordination team to handle – or hide – the problem, going so far as to tell courts, tax bureaus and officials responsible for industry and commerce not to disclose any information about Highsee, sources close to the government said.

The sources also said the government told local official media outlets not to report on Highsee's indebtedness and treat any outside inquiries about the firm cautiously.

The official who attended the meetings said the mayor has sought help from the provincial governor, Li Xiaopeng, who has started coordinating concerned parties in search of a solution.

A source from the Industrial and Commercial Bank of China's Yuncheng branch said the bank lent Highsee money so it could repay a previous debt. It was not clear when the loan was made or what amount was involved, but the bank has been unable to get the money back.

Li brushed aside the bank's warning that a default would taint the firm's credit record, the bank source said. This prompted Li Haiyu, the branch bank's president, to visit the company's office in person to ask for repayment.

Data from bank reports shows that Highsee and its subsidiaries owed 11 banks more than 7.1 billion yuan at the end of 2010. It was not clear how much it owes now. Estimates by industry observers put the figure at between 15 billion yuan and 20 billion yuan.

More than a dozen creditors who lent a total of more than 10 million yuan to Highsee were preparing to sue it, an official in the county court that handles civil disputes said.

The government is doing all it can to save Highsee, but it is too early to say whether it can succeed, he said.

The court balked at seizing and freezing Highsee's assets at the request of creditors, he said, because it fears that it would trigger a chain reaction and lead to the firm's quick demise.