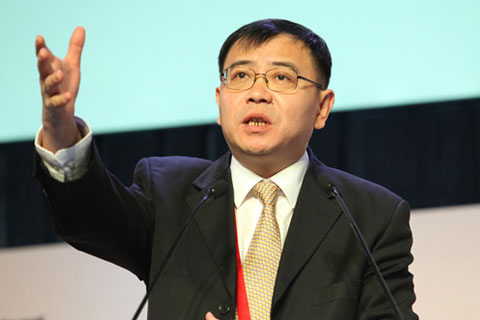 (Beijing) – An investment banker has blamed the recent slowdown in China's property market on the triple whammy of a graying population, high prices and oversupply – and he says urbanization won't ride to the rescue.

The comments by Ha Jiming, Goldman Sachs vice chairman for China, come amid debate over whether the property market has reached a tipping point after years of soaring prices.

Over the past several months, both the area sold and the value of commercial properties, including homes, offices and retail space, has fallen from last year. The National Statistics Bureau says that during the first four months of the year the area sold fell 6.9 percent compared to the same period last year. The value of transactions slipped 7.8 percent.

This is prompting local governments to act. As of May 16, seven cities have adjusted policies to boost property market, the latest being Yangzhou in the eastern province of Jiangsu. The cities have either loosened controls on loans or eased purchase policies adopted in recent years to rein in prices. Many research institutes predict that local governments around the country will enact policies to boost their property markets.

But Ha says such measures will have a limited effect for a range of reasons, and the first had to do with an aging population. In the 1950s and 1960s, the country's fertility rate was as high as 3 percent, then it started to fall in the late 1970s as the one-child policy went into effect.

Ha said that as the segment of the population born in the 1950s and 1960s retires and the fertility rate declines, demand for housing will fall.

Also, high prices for homes mean most people are having difficulty making a purchase, Ha said. He estimated that in many large and medium-sized cities, average monthly payments on mortgages accounted for up to 78 percent of household income last year, up from 62 percent in 2010.

"Such a high rate is unacceptable for most normal families," Ha said, adding that a more reasonable level was 50 percent.

Finally, the total area of the country's commercial properties under construction was 4.9 billion square meters at the end of last year, Ha said, and this was four times what was needed. And this oversupply will only worsen as population growth slows, he said.