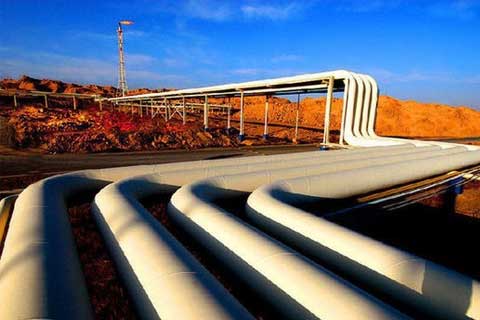 (Beijing) – China and Russia signed a 30-year natural gas supply contract in Shanghai on May 21, a decade after the two countries started negotiations.

China National Petroleum Corp. (CNPC) signed the US$ 400 billion deal with Russia's Gazprom, which will supply natural gas through pipeline that will enter China in the northeastern province of Heilongjiang from 2018.

The contract says that in the first five years the annual supply is to be from 5 to 30 billion cubic meters and from the sixth year it will 38 billion.

During the years of negotiations, China and Russia signed a number of documents on cooperation, but no deal could be agreed, largely due to differences on price. In 2011, Gazprom deputy chief executive Alexander Medvedev said the sole sticking point in talks was pricing.

The current contract does not set clear pricing, only a possible arrangement, said a source at PetroChina Co. Ltd., the listed arm of CNPC, who handles investor relations.

A Supply of Suppliers

While China and Russia were talking, China turned to Turkmenistan, a Central Asian country with the fifth-largest gas reserve in the world. In 2007, China signed a contract with Turkmenistan to get an annual supply of natural gas supply of 30 billion cubic meters. The countries signed other deals in 2008 and 2011 that raised the figure to 65 billion.

China also has long-term contracts to import liquefied natural gas from Qatar, Australia, Indonesia and Malaysia. And Canada and the United States are potential suppliers since the two countries are increasing output of shale gas.

By 2006, the United States had developed new technologies to exploit shale gas at low costs. Its former suppliers in the Middle East and West Africa then put their wares on the international market. This helped Europe, Russia's largest market, diversify its supply.

Last year, European countries outside the Commonwealth of Independent States, a grouping of Russia and 11 other countries that used to be part of the Soviet Union, imported 174.3 billion cubic meters gas from Russia, one-quarter of the total consumed.

But in recent years countries like Ukraine, Belarus and Poland raised the transit fees for gas Russia sent to Europe and expected Russia to cut its price. The relationship between Russia and Europe was further complicated by the crisis in Ukraine.

In 2010, Russian energy authorities formulated a plan for the next 20 years. Russia would exploit gas from its eastern areas and develop China as a customer. One main target of the plan was to see exports of gas to the Asia-Pacific region rise from nil to about 20 percent of total exports.

Gazprom, the world's largest supplier of gas, was to take the lead by expanding its business to East Asia, and the annual report it published last year said the company aimed to increase its market share in emerging markets, a further sign China was the energy darling of Russian eyes.

The contract CNPC and Gazprom signed says the major sources for the natural gas will be fields in eastern Siberia, namely the Kovykta field in the Irkutsk region and a field in a region called Sakha.

A source at CNPC said the gas Russia sent to Europe mainly came from western Siberia, but Russia recently began to develop fields in the east. In 2011, Gazprom found reserves of 719.8 billion cubic meters, and half of that was in eastern Siberia and the Far East.

China and Russia agreed on two possible routes for the gas in 2006: a western line entering in the Xinjiang region and an eastern line arriving at an undetermined point. But imports from Central Asia meant the western connection was no longer necessary.

The Heilongjiang line that was just agreed upon is closer to consumers in northern and eastern parts of the country, which helps cut transport fees, said a source at PetroChina who was close to the negotiations.

Gazprom will handle the operations in eastern Siberia and building the pipelines in Russia, and CNPC will take care of pipelines and storage facilities in China, the contact says.

The biggest challenge facing the new deal is Russia's to grapple with, said Mikkal Herberg, an expert on Asian energy security matters at the National Bureau of Asian Research, a U.S. think tank. Producing the natural gas and building the pipelines is going to be expensive, he said, and China may have to extend loans to Russia so work can be done. That money will then be deduced from gas payments, Herberg said.