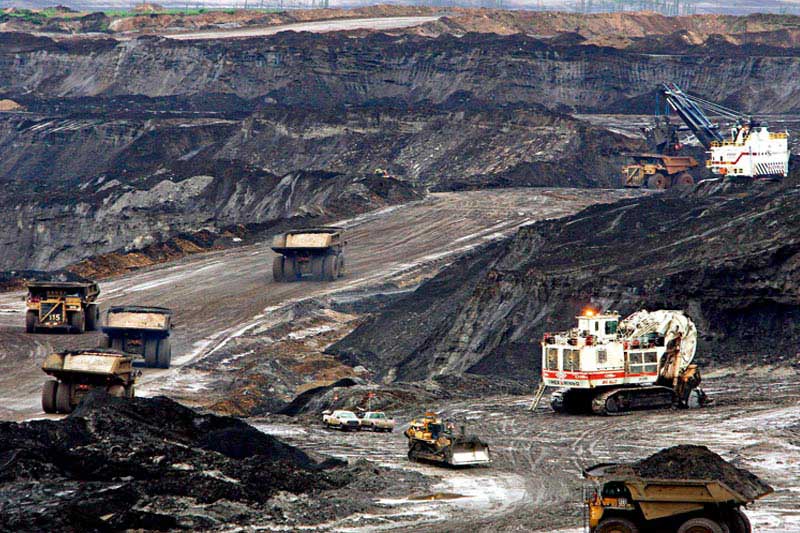 (Beijing) – The country's largest producer of oil, China National Petroleum Corp. (CNPC), is to complete a deal to get the final 40 percent of the Dover oil sands project in Canada from Athabasca Oil Corp. in June. The Canadian company will withdraw from the joint venture that had been in charge of the project, said a source close to the transaction.

CNPC bought two large oil sands projects, the MacKay River site and the Dover project, from Athabasca for about 22.8 billion yuan in two phases that were finished over four years.

In the past 10 years, CNPC has accelerated its overseas expansion, aiming to fulfill a target of producing 40 million tons to 50 million tons of oil from its overseas projects. Canada has become a good destination for CNPC's expansion, since the North American country has the world's second-largest oil reserves, most in the form of oil sands, and its stable political environment.

Sinopec bought a 40 percent stake of the Northern Lights project in 2005 and a 9.03 percent stake of Syncrude oil sand project from U.S. giant ConocoPhillips in 2010. CNOOC spent US$ 2.1 billion buying the Canadian company OPTI which owned the Long Lake oil sands project in 2011. The next year, CNOOC acquired Canada's Nexen to get its resources in Syncrude.

The projects had stable output when Sinopec and CNOOC bought them.

However, CNPC's two large projects are still in the exploration phase and have no proven reserves. CNPC will have to invest 171 billion yuan over 10 years before exploitation can start.

According to details published by Athabasca, by the end of 2009, it had invested about CN$ 144 million to drill 132 wells at the MacKay River site and 176 wells at the Dover project to hunt for reserves, but it did not detect proven reserves.

CNPC's purchase of the two projects has confused some people, said a source in the international energy industry who declined to be named. Generally, large oil companies bid for oil fields from local governments, and when they want to buy projects, they prefer those with output or a listed oil company, the insider said.

"Buy oil projects without output from other companies is the behavior of small companies," he said, adding that it might mean CNPC's decision-makers are just gambling.

Before the purchase, CNPC bought other small oil sands projects. In January 2007, its Canadian branch bought mining rights for 11 projects. It did not publish a price for the fields. Data on the government website for the Canadian province of Alberta showed that CNPC paid about CN$ 28 million to get 15-year mining rights over an area of 258 square kilometers. But CNPC did not exploit oil sands on a large scale there.

These are small projects, the output would be low and the company was using them as a test for entering Canada's market, said an employee of China National Oil Development Corp. (CNODC), a CNPC subsidiary.

Another CNPC subsidiary, PetroChina International Investment Ltd., signed agreements with Athabasca Corp. in August 2009 to buy the projects at MacKay River and Dover, both in Alberta. After getting approvals from the Chinese and Canadian governments, the two companies finished the transactions in February 2010.

CNPC got over 60 percent of both projects by paying around CN$ 19 billion, hoping to avoid risks caused by changes in asset prices and administrative approvals. It got the other 40 percent of MacKay River in January 2012 and Dover this year, after both projects got government approvals.

Athabasca Corp. was set up in 2006 and was backed by investment companies and funds. It put in bids for mining rights for oil sands projects from the Alberta government between 2006 and 2009. Athabasca submitted its development plan for the MacKay River project in 2009. It soon signed agreements with CNPC's Phoenix Energy to sell the MacKay River and Dover projects.

Athabasca and Phoenix Energy set up two joint ventures, MacKay Operating Corp. and Dover Operating Corp., to run the projects, and they separately held 40 percent and 60 percent stakes of them.

Both sides had wanted to finish the transactions in their entirety, but later decided to use options for 40 percent stakes. They would each have choices to make when the Canadian government approved the development plans for the projects.

After signing the agreements with CNPC, Athabasca went public in London in April 2010. It also got a loan of CN$ 1.1 billion from CNPC in the first quarter of 2010. Local authorities approved the development plan for the MacKay River project in November 2011, and two months later Athabasca sold the 40 percent stake to CNPC for CN$ 680 million. The money was put toward the loan.

In May 2013, Dover Operating changed its name to Brion Energy and took charge of the MacKay River project. In March 2014, local authorities approved the development plan for Dover project.

Geoff Ready, an investment analyst at Dundee Capital Markets Research in Toronto, said the price was dependent on the plans getting approval. When the companies signed the agreements in 2009, they set the price framework and the put and call options, which helped CNPC reduce the risk of not getting government approval.

In 2012, the Canadian government and the Alberta energy bureau approved the plan for the Dover project, but residents of nearby in Fort McMurray opposed it. In Canada, oil producers have to get mining rights, then must get land use right from residents to drill wells and construct plants and pipelines. Residents negotiate with producers on over environmental protection measures and economic development.

Under the development plan, the construction of the Dover project would provide 30,000 jobs for locals, contributing CN$ 9 billion annually to the local economy. When the two projects reached full production capacity between 2023 and 2069, the annual economic contributions will be CN$ 5.3 billion, including CN$ 1.5 billion in taxes and mining fees.

Brion Energy's CEO, Li Zhiming, who used to be a manger of CNODC's Tunisia and Nigeria projects, told Canadian media that his company considered itself Canadian, and 90 percent of its employees are Canadians with extensive experience in oil sands exploitation.

Athabasca was eager to get the payment of about CN$ 1.32 billion. It said publicly that if it could not get the payment in time, it would face a big challenge financially.

After selling the oil sands projects, Athabasca decided to focus on exploiting light oil. Its former chairman, Bill Gallacher, said the money from selling oil sands assets would help it to balance its asset structure.