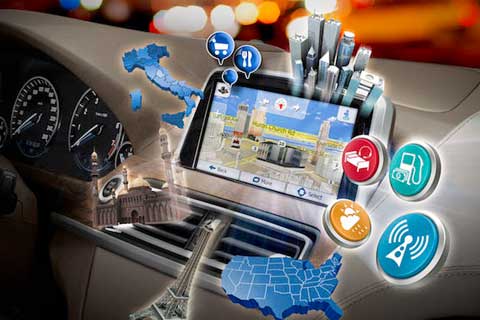 (Beijing) – China's leading carmaker and largest Internet company have agreed to design and promote technology that would put navigation and music services and cloud computing ability into cars that could one day be self-driven.

The long-term goal is to produce "networked cars," reference to an integrated system that would allow cars to communicate with each other, the road and pedestrians.

Such a network could lead to better traffic management and information services, and even lead to self-driven cars that know, for example, when pedestrians whose smartphones are also on the network want to cross the street.

The partnership between SAIC and Alibaba follows on the heels of similar joint efforts abroad.

In March, Apple Inc. and carmakers including Mercedes-Benz, Ferrari and BMW announced an in-car networking and multimedia platform called CarPlay and exhibited new auto models with the technology.

Three months later Google Inc. announced a platform called Android Auto and a list of 28 automakers, including Audi, Hyundai, Ford and Nissan, who agreed to cooperate.

China's next two largest Internet companies – Baidu Inc. and Tencent Holdings Ltd. – have also thrown their hats into the ring.

Baidu released an in-car system called CarNet on April 21 that provides location-based services through Baidu Maps. That system works with a user's smartphone to offer voice-driven navigation and information on restaurants and other services.

On June 10, Tencent launched its first in-car hardware product, called Lubao Box, which plugs into a car's electronics to offer real-time maintenance and safety information. The system also provides navigation and other services through the Lubao app and roadside assistance through People's Insurance Co. of China, the country's largest auto insurer.

Tong Haoliang, general manager of the in-car business division at Autonavi Holdings, said the Internet can help people better interact with their cars. "For example, with voice-activation technology you can simply speak a command and the car will play a particular song or help you find nearby gas stations," he said.

Others in the industry are skeptical.

"Whether you call it an Internet Car or car networking, this isn't a new concept," one expert said. "Various automakers tried to launch similar products several years ago, but car owners were unimpressed. This was mainly because the systems provided essentially the same functionality that users already had on their smartphones."

In 2010, SAIC rolled out the Roewe 350 car with the inkaNet Intelligent Driving System. It got a lukewarm reception from buyers because its software was old and difficult to use. "Some customers even asked us if they could buy the car cheaper without inkaNet," said one dealership employee.

"The biggest obstacle to Net-enabled cars is actually the car manufacturers themselves," said one industry source. They want to retain control of every aspect of car design, but technology is changing so quickly that the carmakers' research and development efforts can't keep up, said the source.