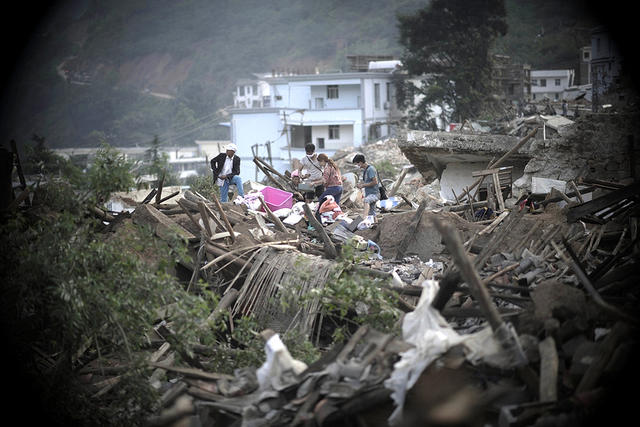 (Ludian, Yunnan) – On the morning of August 7, a funeral was held in Longtoushan Township, in the southwestern province of Yunnan. The funeral was for four youngsters, all from the Ding family's five children. They were buried in their home made of mud brick when the August 3 earthquake shook northeastern Yunnan.

Ludian County, where Longtoushan is located, suffered the most from quake, which the China Earthquake Administration said had a magnitude of 6.5. The official death toll as of August 7 was 615 people – 526 from Ludian. Another 114 people are missing; 109 of them are from Ludian.