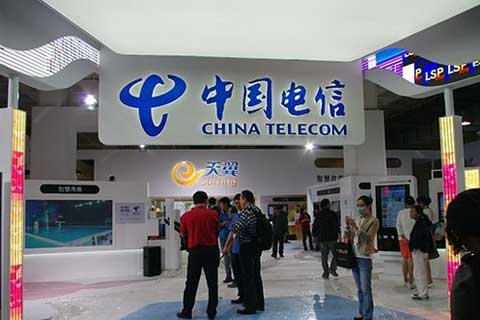 (Beijing) – China Telecom is promoting its fourth-generation (4G) wireless telecom services based on FDD-LTE technology in 16 pilot cities across the country.

The telecoms giant wants to gain a share of the 4G market and the confidence of investors, especially as its number of 2G and 3G users fell off in the first six months of the year. From January to June, China Telecom lost 5.34 million mobile users, its data show. The figure for June alone was 980,000.

The drop comes as China Mobile got a license to provide 4G services in December from the Ministry of Industry and Information Technology (MIIT), the telecoms industry regulator.

The license lets China Mobile use TD-LTE technology to provide 4G services. TD-LTE was developed primarily with China in mind and accepted by the International Telecommunication Union (ITU) as a 4G standard.

China Telecom chose FDD-LTE technology, the other 4G standard accepted by the ITU, to provide its 4G services. But the MIIT did not release a license for the standard.

On June 27, at a forum on mobile Internet issues, China Telecom's chairman, Wang Xiaochu, said: "In two hours, the regulator will give the green light for 4G services using the FDD-LTE standard in key cities across the country."

Wang's announcement received enthusiastic applause from representatives of China Telecom's regional branches and its partners. Afterward, the company accelerated work on its 4G network and launched promotions to attract users.

"From group leaders to staff members in districts and counties, everyone is engaged in building the 4G network," said a manager at China Telecom's Shanghai branch. "We are making our best effort to construct the 4G network to cover the pilot cities as soon as possible."

The Shanghai branch has completed 3,800 4G base stations, he said, and it plans to have more than 5,000 ready by the end of this year. This would mean the eastern city would have full 4G signal coverage. Afterward, the branch plans to improve the network to allow the signal to cover special areas like subways.

A source from China Telecom's leadership has said that the company's big task this year is to complete the FDD-LTE network, and it will treat TD-LTE 4G services as an alternative in certain places.

China Telecom's Shanghai branch manager said that within three years the company will invest some 80 billion yuan in building the FDD-LTE network. In the meantime, it will cut the spending on its fixed-line broadband business in districts and counties.

A manager at Alcatel-Lucent Shanghai Bell Co. Ltd., a telecoms equipment and services provider, said China Telecom has finished the equipment tendering for the first and second stages of FDD-LTE network construction.

China Telecom has also started building its 4G network in cities outside those in the pilot. Industry analysts predict that the MIIT will approve another 50 cities for the pilot.

Equipment suppliers have anticipated that some China Telecom's branches will move quickly to start the third phase of construction in the second half year and the matching equipment purchases will precede this, the Alcatel-Lucent Shanghai Bell manager said.

Suppliers would even provide equipment without formal contracts, he said.

China Telecom's businesses in the traditional fixed-line broadband and mobile services sectors are becoming insignificant in the 4G era. Sources in the company said that in the middle of July, China Telecom gathered its branch general managers to discuss the future of the company and decided to make every effort to explore 4G.

But the speed of the WCDMA technology that China Unicom uses can hit 42 Mbps and China Mobile's 4G speed is 100 Mbps.

China Telecom needs a 4G network to overcome this disadvantage, but the transition from 3G to 4G technology is difficult. Qualcomm stopped work on CDMA2000 technology in November 2008.

Because China holds some of the rights for TD-LTE technology, the government made developing it a priority. In the pilot, China Telecom's terminals have to support both TD-LTE and FDD-LTE, meaning mobile phone makers have to customize their products. Profit-seeking mobile phone makers have made a few models for China Telecom. But only about 10 models are being made by Chinese companies like Huaiwei and ZTE.

China Telecom's Shanghai branch manager said it has for many years relied on income from the fixed-line broadband sector to subsidize its mobile services, but now the fixed-line services are facing challenges.

If customers spend 58 yuan a month on a 4G package, they can get two years of 10 Mbps broadband for 730 yuan, an ad on China Mobile's website says. This is similar to how China Telecom promoted its broadband and mobile services.

"China Telecom has realized that it is difficult to increase income from the fixed-line broadband sector amid the fiercely competitive market, so it must create a new source of income and the core of that is 4G services," the branch manager said.

China Telecom wants its new businesses to contribute half of it total income by 2017. This includes phone calls, broadband, data traffic and the 4G services.

"Each city has its target for attracting 4G services users," the manager in Shanghai said. "Shanghai plans to attract 1.65 million users by the end of this year. China Telecom has around 8 million mobile users in Shanghai now. There is huge pressure to meet the target."

The website of China Telecom's Guangdong branch says any customers who buy 4G phone numbers before August 25 can get 30 gigabytes of data for free.

Many industry insiders said the telecom industry face a new round of reshuffling in the 4G era. China Telecom and China Unicom will have to show resolve to develop 4G services so gain a position in the market.