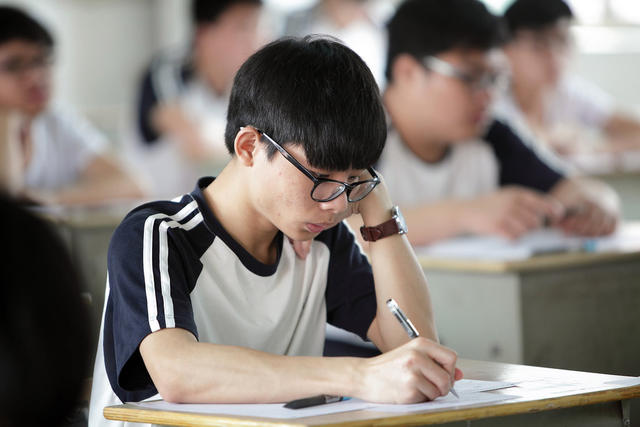 (Beijing) – The Ministry of Education announced reforms on September 4 that will lessen the weight that the "gaokao" – country's national college entrance exam – carries for university enrollment. The changes are to come into effect by 2020.

The plan would see students sit three tests, instead of the four taken in the past. The exams would cover Chinese, math and a foreign language, which for most students will be English.

Instead of the fourth test, student would receive credit for tests in three subjects taken during the three years of high school. Students will pick the subjects from among the fields of politics, history, geography, physics, chemistry and biology.

The reform plan did not say what weight the high school tests will carry in the overall assessment.

The central government also encouraged provincial governments to set up an online system to record the activities students participated in while in high school in a bid to better demonstrate their abilities.

The gaokao has been criticized for playing an oversized role in determining students' futures. Colleges focus on scores from the test, which is taken every June, when considering applicants. To get a good grade, students begin concentrating on the subjects that will be on the test as soon as they start high school.

Liu Limin, vice minister of education, said the reform plan is intended to change this single-mindedness students have for gaokao subjects.

Chu Chaohui, an expert with the National Institute of Educational Sciences, a state research organ, said that professional organizations should be involved in the assessment of students.

The reform will also end policies next year that see students get college recruitment bonus points for sports and arts activities. This system is prone to corruption.

The ministry chose Shanghai and the eastern province of Zhejiang to experiment with the reforms starting this year. The central government will expand the changes to the gaokao to the entire country in 2017.