Alibaba's IPO Was Huge, but Analysts Say Investors Have Reasons to Worry 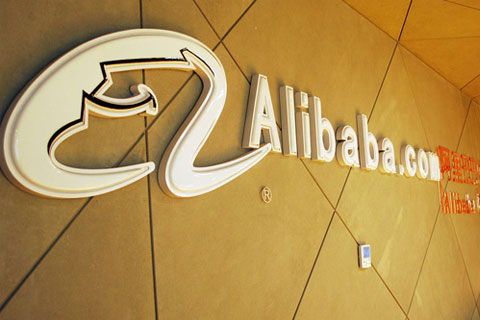 The IPO raised US$ 21.8 billion. The company's share price surge 38 percent to US$ 93.89 on its September 19 debut under the ticker symbol BABA. The overwhelming demand promoted underwriters to exercise an option to sell an additional 48 million shares, raising the total value of the fundraising to US$ 25 billion, a world record.

"Considering the market reaction, Alibaba set the IPO price quite low, so getting the shares meant earning money," one fund manager said. "The pricing was in consideration of the huge size of the fundraising, pursuing less profit but more sales for a successful offering. If the price was set too high, there might be risks of a future decline."

According to market information provider Wind Info, the 10 Chinese companies that listed in the United States over the first half of this year have posted an average 10 percent daily increase in first-day trading.

Investors have aggressively sought Alibaba's shares. A source close to the IPO said 1,700 institutional investors subscribed to Alibaba shares, which were oversubscribed 14 times. Half of the subscribers did not get their wish.

The frenzy signals investor optimism on the company's business outlook backed by China's exploding e-commerce market. However, some analysts expressed concerns over the long-term challenges the company may encounter, including the rising costs of the country's e-commerce operations and the firm's highly disputed variable interest entity (VIE) structure.

At 9 a.m. on September 19, traders at the NYSE crowded around the counter of Barclays, Alibaba's designated market-maker, in anticipation of the start of trading in which Alibaba would sell 320 million American Depository Shares.

Initially priced at US$ 68 per share, Alibaba's share price started to surge before the public trading kicked off. The final opening price was set at US$ 92.7 at 11:52 a.m. Afterward, the shares were publicly traded.

The shares shot up in the first 10 minutes of trading, surging as high as US$ 99.7 and then gradually falling. They closed at US$ 93.89, a 38.07 percent rise from the offering price. Trading on the debut day is usually volatile, but Alibaba had an exciting start.

David Ethridge, vice president of the NYSE's IPO division, said that to ensure a smooth IPO, the exchange tested its system twice beforehand to make sure it could handle a huge amount of messages and orders. The NYSE predicted that it would take one to two hours for the call auction before Alibaba's trading started.

During that period, orders from global investors flooded into Barclays, and Goldman Sachs, the stabilization agent for Alibaba, monitored demand. The two decided the final opening price.

"What we needed to do is to ensure the call auction went smoothly for 10 minutes, 30 minutes or even longer," Ethridge said.

In May 2012, the high volume of orders for the US$ 16 billion debut of Facebook overwhelmed Nasdaq's programs and caused a breakdown, delaying trading confirmations and sparking investor confusion. The exchange paid US$ 10 million for botching the IPO.

A smooth IPO would bring other benefits to the NYSE. "We hope to attract at least 15 Chinese companies to list on the NYSE this year," said Ethridge, who just visited Beijing to meet potential customers.

Alibaba launched its first road show at the Waldorf Astoria hotel in New York on September 8. The company expected around 500 investors to attend, but around 800 showed up.

A source who attended the event said investors were curious about the company's growth outlook and business model transformation, such as the development in cloud computing, as well as ensuing plans, the source said.

"There were too many people and very limited time," the source said. "Many people wanted to ask about Alibaba's development in international markets, but didn't get the chance."

A source close to Alibaba said 25 large institutional investors got half of Alibaba's shares in the allotment. The top 100 investors got 83 percent of the total, most of them U.S. institutions like Fidelity Investments, Blackstone Group and T.Rowe Price.

"There were so many domestic institutions that applied and the selection became very competitive," said the manager.

Hong Kong investors got few shares, a source close to the situation said.

The record-setting share sale has made Jack Ma, the founder and CEO of Alibaba, and Masayoshi Son, CEO of Softbank Corp., among the world's wealthiest people.

According to the prospectus, Softbank will keep its 34 percent stake in Alibaba after the listing, while another major shareholder, Yahoo, agreed to sell some of its stake in the IPO to cut its holding to 16.3 percent. Nevertheless, both Yahoo and SoftBank benefited another way: the pre-IPO exuberance gave their companies' share prices a boost.

Domestic companies have not been so lucky. Because investors have been busy setting aside money to buy a stake in Alibaba, mainly by withdrawing their investments in its competitors, companies including JD.com, Dangdang, Vipshop Holdings and Jumei International Holding have seen sales of their shares increase.

According to the prospectus, the major assets Alibaba listed in the United States include taobao.com, tmall.com, group-buying site juhuasuan.com, the overseas shopping platform aliexpress, as well as the business-to-business sites alibaba.com and 1688.com. It also included Aliyun, the cloud computing segment set up in 2009 to provide services for vendors.

The prospectus also says the company's total sales revenue for the 2014 fiscal year that ended March 31 was 52.5 billion yuan, up 52 percent from the previous year. The company reported sales of 15.8 billion yuan for the second quarter of 2014, up 46 percent.

The company has seen strong profitability. Its net profit for the 2014 fiscal year rose 170 percent year on year to 23.4 billion yuan. For the second quarter of this year, net profit was 12.4 billion yuan, growth of 184 percent.

The profit surge for the latest quarter is partly from equity incomes from investments in mobile browser UCWeb and export service provider OneTouch.

Investor optimism is backed by China's exploding e-commerce market. According to market research institution IDC, the value of all the merchandise transactions on Alibaba's platforms totaled US$ 248 billion in 2013, greater than Amazon and eBay combined.

But analysts have also warned about challenges facing the company, highlighting pressures on the future growth of its major retail platforms, tmall.com and the customer-to-customer taobao.com.

"The business-to-consumer industry is facing a decline because of rising sales costs," said Yang Lei, chief executive of China Public Procurement Ltd., an e-commerce platform service provider. "The profit margin has gotten thinner and thinner, and sometimes the costs for e-commerce is even bigger than real store.

"Vendors can't just wait for customers to visit their store. They have to pay millions of yuan to promote their shops and products on Tmall."

An e-commerce industry analyst said that after years of development and rising competition, vendors have seen their costs for operating businesses on Tmall and Taobao surge. For Alibaba, the challenge is how to keep the vendors on its platforms.

Ou Yafei, an analyst at GF Securities, said Tmall has put more emphasis on fresh food products in an attempt to attract buyers, but profit margins for these goods are usually low.

In its prospectus, Alibaba also listed challenges from uncertainty related to the VIE structure – a complex arrangement that lets Chinese companies facing limitations over the type of licenses they hold raise money abroad. It also listed possible regulatory hurdles. According to Alibaba, the group has 202 subsidiaries, business entities and affiliated companies. Alibaba revealed the VIE structures of its main assets in its IPO plan, something that U.S. regulations forced it to do.

Chen Sijin, a risk management consultant at RBC Royal Bank, said that like many Chinese Internet companies using the VIE structure, there are concerns over the risks of such arrangement. The VIE companies are usually registered in tax havens like the Cayman Islands to get around Chinese regulations, but such arrangements expose investors to risk due to the complicated arrangement linking overseas investors and companies.

Chen said the structure may get a hard look from Chinese authorities, "but with the strong influence of Alibaba, such risks may not appear in short term."

Overseas investors are also concerned about a move Alibaba made in 2011, when it spun off the online payment asset Alipay from the group to avoid regulatory restrictions for third-party payment licenses. That maneuver was widely criticized because it was seen as hurting the interests of the company's foreign shareholders, especially Yahoo and Softbank.

"Jack Ma has always left the assets with the most potential out of the listed company, which is also a concern for investors," said an analyst, citing a segment involving financial services for small and micro companies.