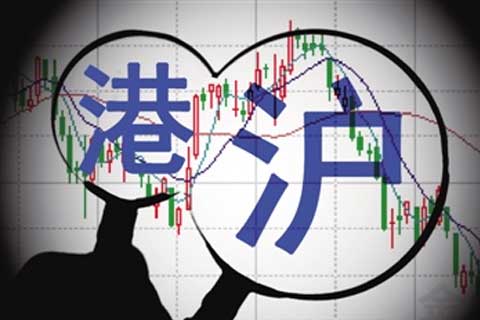 (Beijing) – Trading on the first day of the Shanghai-Hong Kong Stock Connect program on November 17 saw Shanghai-listed companies receiving much more attention from overseas investors than the other way around.

Analysts say this reflected foreign investors' interest in the A-share market, as opposed to mainland apprehension regarding unfamiliar trading rules and wider fluctuations in the Hong Kong market. Some also argue that regulatory requirements have blocked many potential investors in Hong Kong-listed stocks.

The stock connect program, known as Hu-Gang Tong in Chinese, allows investors in Hong Kong and on the mainland to trade a range of stocks on the other side's bourse through securities firms in their own market. It is part of the central government's push to connect the Chinese securities market with those overseas and supplements the Qualified Foreign Institutional Investor (QFII) program, which began in 2003 and allows foreign investors to trade securities including stocks, bonds and index futures in the Chinese market.

The daily limit for investments from Hong Kong to Shanghai in the program is the equivalent of 13 billion yuan. The limit the other way round is 10.5 billion yuan.

Northbound investments reached the limit at 1:59 p.m. before the market closed at 3 p.m. Investments from the mainland to Hong Kong totaled only 1.77 billion yuan, or less than 17 percent of the daily quota.

Credit Suisse predicted a big gap because the supply of foreign capital that can be invested in the Chinese market is strong, said Chen Changhua, head of the firm's China Research Department.

Investment funds around the world have about US$ 20 trillion to buy stocks, and even if they allocate only a small part of those assets to China, foreign investments in A-shares would soar because the QFII, the main channel linking foreign capital with the Chinese market, has allowed less than US$ 50 billion into the market, he said.

It also appears that foreign investors have more capital ready to enter the Chinese market than the Chinese have to invest overseas. Data from Chen show that the amount of QFII and RQFII (the QFII's yuan-denominated version) investments combined with overseas-listed Chinese stocks' value is 28 times that of qualified domestic institutional investors' investment into overseas-listed stocks.

"From this it can be inferred that the two sides have a gap in terms of capital strength," he said.

The Hu-Gang Tong require mainland investors to have at least 500,000 yuan to join the program. This means many potential investors from the mainland have been shut out, analysts say.

The requirement has limited access to the program to wealthy people, but they have probably already found other ways to buy stocks overseas, said Patrick Ho, UBS Wealth Management's chief investment officer.

Channeling capital to Hong Kong through casinos and underground currency exchange facilities costs less than the Hu-Gang Tong, said Hong Hao, chief strategist of BOCOM International. Before regulators in the central government and Hong Kong tightened rules against such illegal practices, they had been a major channel for wealthy mainlanders to move funds overseas.

"All capital that could have been here (Hong Kong) has been here, and (the investors) would not have bothered to wait until Hu-Gang Tong opens," Hong said.

He also said mainland investors may be worried about the Hong Kong market fluctuating because of external shocks. Japan, for example, just announced that its third-quarter GDP was, to the surprise of many observers, 1.6 percent lower than the same period of last year.

"Hong Kong is closely connected with the external markets and the global and especially Asian markets have particularly great impacts on it," Hong said. "Japan's terrible economic figures are bringing extreme uncertainties to the Hong Kong stock market, and for mainland investors, it just does not feel like the right time to join the program."