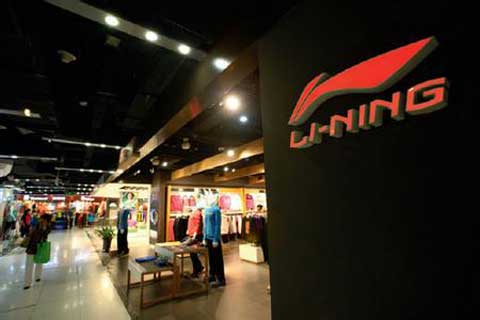 Kim, a partner at Texas Pacific Group (TPG), a global private investment firm, was appointed to run the company in July 2012 and to fix its sales difficulties and capital chain problems. TPG spent 561 million yuan for a 10.1 percent stake in Li-Ning Co. in January 2012. Before joining Li-Ning Co. Kim led apparel company Daphne International Holdings Ltd. out of difficulties.

Li-Ning Co. and TPG have chosen a new chief executive, said a source close to the two companies.

"The board expects to announce the appointment of the new chief executive in the near future," Li Ning said.

Kim's stepping down prompted speculation that TPG might sell its stake in Li-Ning Co. The company's share price fell 0.49 percent to 4.08 yuan on November 17.

But TPG has no exit plans, the source said. Kim will stay on as the sporting goods company's executive vice chairman and executive director.

The company's troubles started in 2010, when a plan initiated by former chief executive Zhang Zhiyong to focus on manufacturing high-end products led to overstocked warehouses and huge losses.

Anta Sports Products Ltd., a rival of Li-Ning Co., had net profits of 803 million yuan in first six months, up 28.3 percent from the same period last year, its report showed.

In August, Anta took over from Li-Ning Co. as sponsor of China's national gymnastics team. The move to part ways with the team was Kim's idea, an employee of Li-Ning Co. said. The plan was opposed by some company leaders, he said. Li himself is a former Olympic gymnast.

Kim said after stepping down that he had improved the company's management and its retail channels.