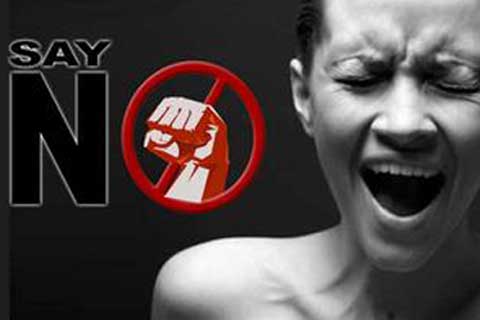 (Beijing) – The State Council is seeking the public's views on a draft law covering domestic violence, but one expert says the proposed legislation lacks references to former couples that are common abroad.

The draft, which was released by the cabinet's Legal Affairs Office on November 24, seeks to define domestic violence, how to prevent it and list the resources available to the public in the face of the problem.

Many in China have long argued that domestic violence is a private matter that involves neither the police nor government.

The draft law does not mention violence involving former couples or unmarried couples living together, items that one expert says should be addressed.

Ouyang Yanwen, a professor at the Hunan Police Academy who specializes in domestic violence studies, said the exclusion is at odds with legislation in foreign countries, where de facto, same-sex relationships or former couples are mentioned.

Violence in these relationships is as harmful as that among family members, he said. This is why the problem is often referred to as "intimate violence" instead of "domestic violence," Ouyang said.

"A definition of domestic violence cannot be decided only by a marriage certificate because violence between an ex-wife and her ex-husband can exist for a long period of time," he said.

Rights activists and academics have for years campaigned for a national law covering domestic violence. Twenty-two regional governments have introduced their own laws or regulations addressing the issue.

The cabinet's National Working Committee on Women and Children presented the first draft of the law to the State Council in March. The latter said it sought opinions from 66 central government agencies and regional governments before releasing the draft version for the public to comment on.

The public consultation period will last until December 15.

It is not known when the draft will go before the Standing Committee of the National People's Congress for deliberation, but the top legislature has said it plans to enact such a law by the end of 2018.