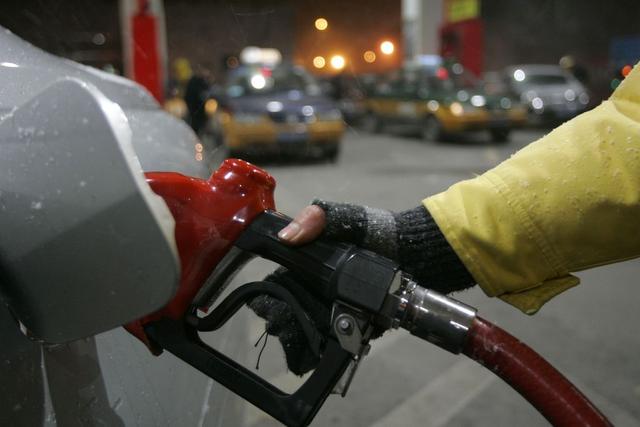 (Beijing) – China's drivers got one break when paying for gas in November, but two was just too much to ask for.

The National Development and Reform Commission (NDRC), the country's top economic planner, cut prices for gas and diesel on November 14 because the prices of two international benchmarks for crude oil had fallen over the 10 previous workdays, and a second cut was expected on November 28 because prices abroad continued to fall.

But it was not to be. The NDRC did in fact lower prices on November 28, but that move was offset by a new tax announced by the Ministry of Finance and the State Administration of Taxation. The two government departments levied a consumption tax of 0.12 yuan per liter of gasoline and 0.14 yuan per liter of diesel, to take effect on November 29.

The tax increase was the first since 2009, when a levy of 1 yuan was placed on a liter of gasoline and 0.8 yuan on a liter of diesel fuel. China started collecting consumption taxes in 1994 on goods that had high energy costs and levels of pollution emissions associated with them.

The retail price of gasoline in Beijing is 6.76 yuan per liter and that for diesel is 6.68 yuan. The price can vary by region to take into account quality and transport costs.

The government has cut the price of gas and diesel eight times from July 21 to November 14 as crude prices have fallen, lowering the price of a liter of gas by 1.11 yuan and diesel by 1.25 yuan.

In 2013, China adopted a price adjustment mechanism for oil products to shadow changes in international crude prices over the previous 10 workdays.

The price for West Texas Intermediate (WTI) light oil and Brent crude, two international benchmarks, fell after they peaked in June at US$ 107 per barrel and US$ 114 per barrel, respectively. The WTI price on November 29 was US$ 65.99 per barrel. The Brent crude price was US$ 70.02 per barrel.

Another cut in prices can be expected on December 12, said Chen Qing, an analyst at the consultancy Chem99.com, because the Organization of Petroleum Exporting Countries said on November 27 it would keep output stable and U.S. shale gas production had increased.

However, the government could raise the consumption tax again or take other measures to keep retail prices in the country stable, a source from the NDRC said.